Homestead records can contain many clues. Like most records, the “best clues” are often the ones that are not blatantly stated. Such is the case with the homestead application for Harm A. Fecht.
In his “Final Proof” made out on 19 January 1895, Harm A. Fecht stated that he lived on his homestead with his wife and three children and that they have lived on the homestead continuously. The “Final Proof” often contains a variety of valuable genealogical information and is one of the documents in a homestead application file that genealogists often concentrate on. On the surface this statement seems pretty simple.

Fecht’s initial affidavit is informative as well. Dated 1 March 1888, it indicated that he was a single man, “a widower,” and a naturalized citizen of the United States. Had the complete homestead file not been read, this clue would have been missed. 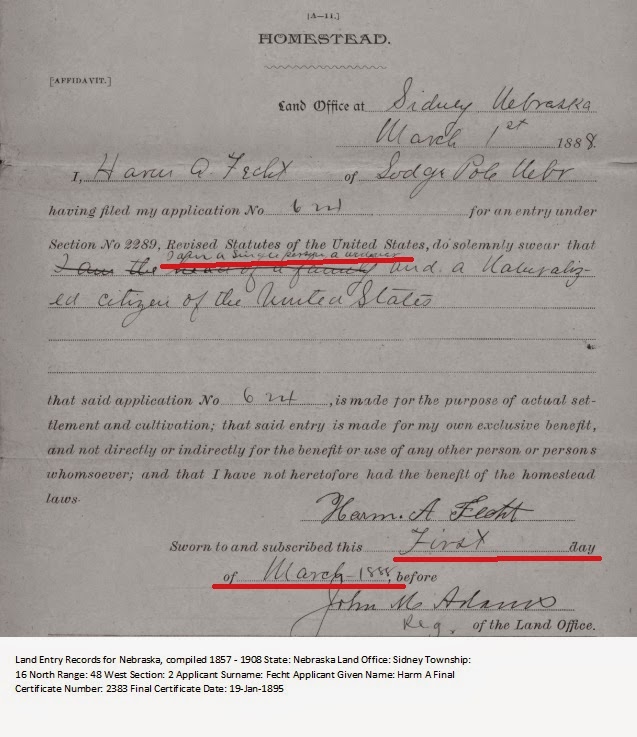 Hopefully there are local records of Fecht’s marriage, but it’s possible that they are no longer in existence. This document provides information directly stating that Fecht was married and indirect information regarding the range of dates during which Fecht married the wife to whom he was married in 1895.

The 1895 wife is obviously not his first wife.