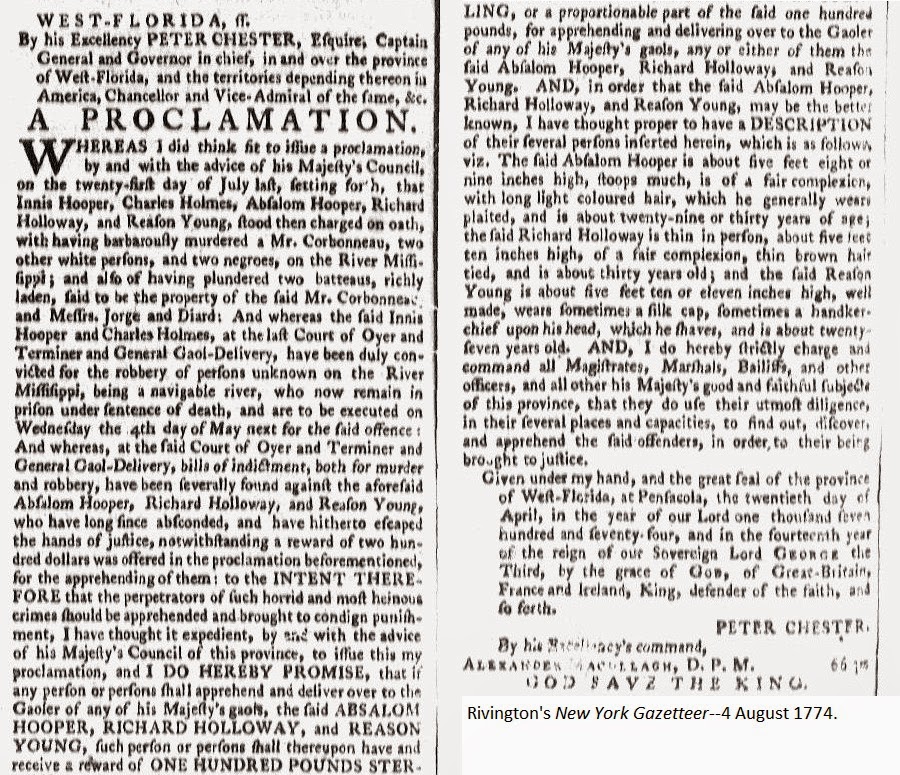 In all honesty for a long time I never searched for any relatives in newspapers before 1850. The reason was simple–they simply were rarely mentioned.

That was a mistake–although it’s a rare find for me to locate a reference such as this from 1774.

Absalom Hooper and a few of his cohorts–Innis Hooper, Charles Holmes, Richard Holloway, and Reason Young–murdered a Mr. Corbonneau and four other unnamed persons on the Mississippi River according to this newspaper reference from 1774.

According to the article Innis Hooper and Charles Holmes were convicted and sentenced to death. Absalom Hooper, Richard Holloway, and Reason Young were indicted for murder and have “escaped the hands of justice.”

The article goes on to describe Hooper as five feet eight or nine, “stoops much,” has long light colored hair (which he generally wears plaited) and is about thirty years of age. The other two are also described. Reason Young shaves his head and often wears a silk cap or a handkerchief on his head.