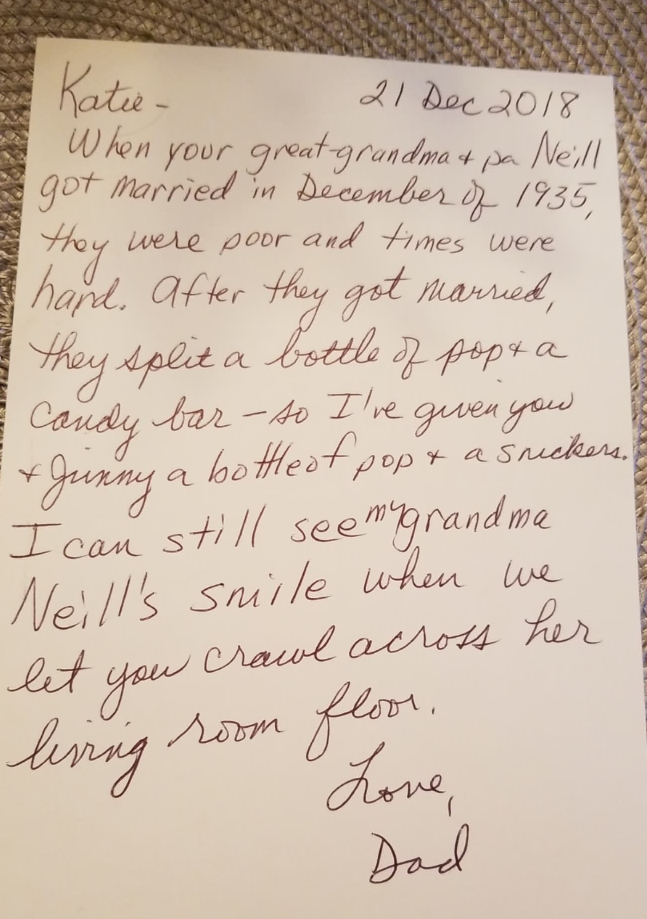 My youngest daughter married her long-time boyfriend shortly before Christmas. As part of a personal gift to her, I wrote three short notes and included a symbolic gift with each of them. Two of those notes are included in this blog post. The note and the gift were tied to stories I had heard about my grandparents own weddings.

My paternal grandmother had told me the story a million times.

Your grandpa and I were poor and didn’t have any money so after we got married, we split a bottle of pop and had a Snickers bar. Then we went back and lived with our parents until we set up housekeeping.

To tie my Grandma to my daughter, I mentioned how when my daughter had just started to crawl my Grandma got the biggest kick out of seeing her scurry across her living room floor. Grandma died when my daughter was too young to really remember, but the crawling story makes for a nice little memory. There was no mention of my Grandpa as he died when I was a baby. Two bottles of pop and two Snickers bars were included with the card. 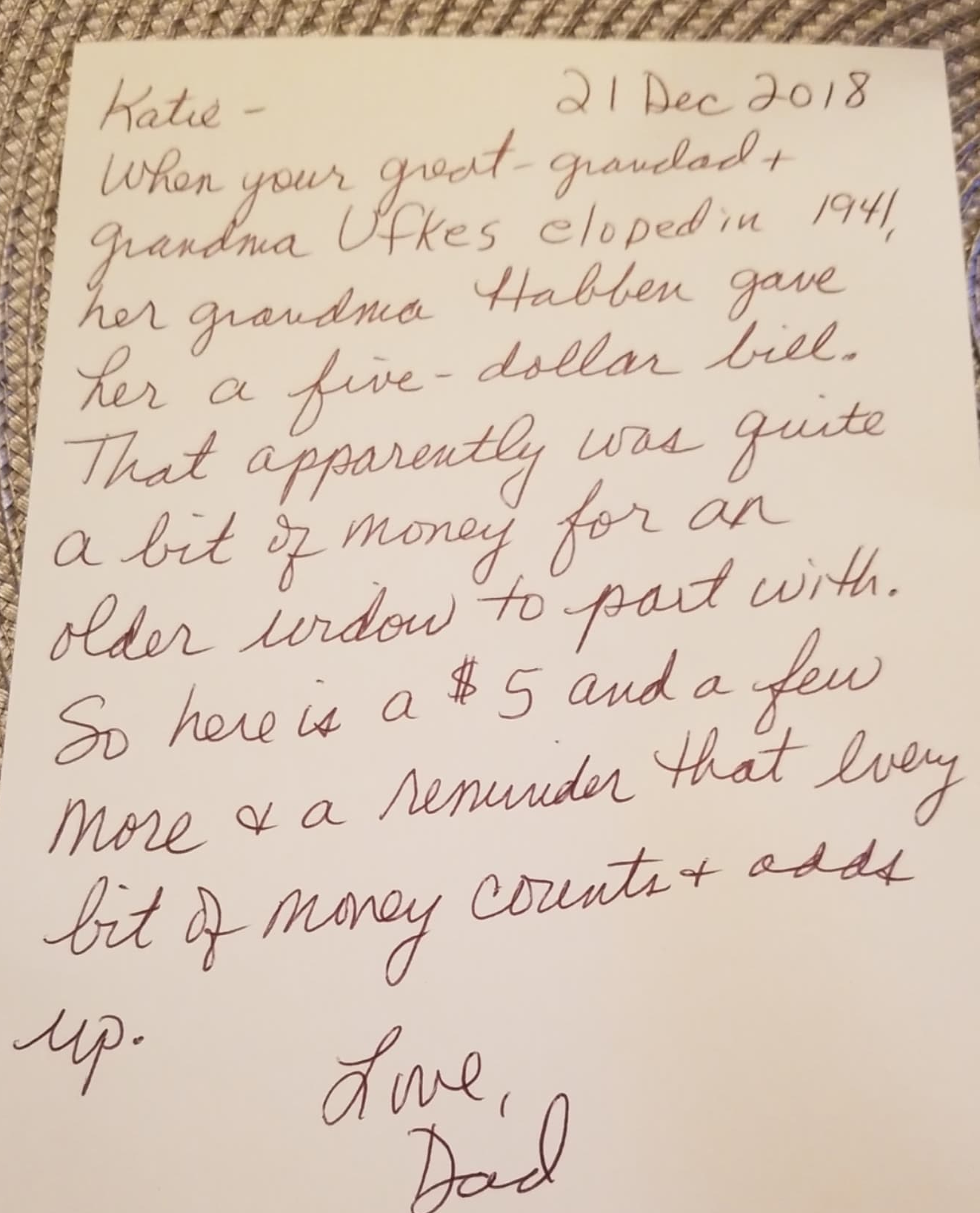 My other grandparents also married during the Great Depression and times were hard for them as well. My Grandma Ufkes had to secure her mother’s permission to get married and at some point after the ceremony, her own Grandmother Habben gave her $5 as a wedding present. As I heard numerous times, it was a quite a sum for her Grandma to give her in 1941. I enclosed an undisclosed sum of money in five dollar bills in the card.

I kept my composure when purchasing all the items for my little present–except once.

And we’ll end this here since I’m tearing up again.

Best wishes to Katherine and Jimmy!