It would seem that an extra “l” would not matter.

But apparently it does. 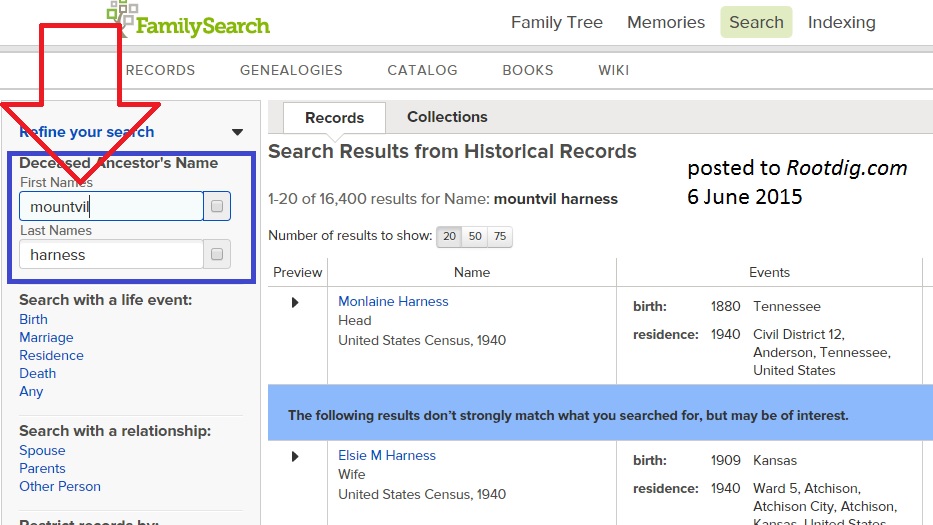 I often search at FamilySearch with the exact box left unchecked, especially when a first or last name has a variety of variant spellings.

My search for “mountvil harness” (as shown in the image), brought about 16,400 results. While I had no intention of going through all of them, I was surprised that the “strong matches” (above the blue bar) did not include items I had viewed in an earlier search approximately a year ago.

On a whim, I added a second “l” at the end of “mountvil.” I really did not think it would make any difference as the difference is not significant and “Mountvil” and “Mountvill” pretty much sound the same.

The results were different. There were four more results (up to 16,404). How different the 16,404 results were I can’t say, but the fact that I obtained different results surprised me given the similarity of the first names for which I was searching.

rch, one might want to consider alternate spellings of names that really are not all that alternate. I didn’t think with the exact box unchecked that “mountvil” and “mountvill” would bring about different results.

But apparently they do.