Contrary to popular belief, it’s permissible to admit that one does not know something and there’s something about the images in this post that I either do not know or am overlooking.

Barbara Haase died in Warsaw, Hancock County, Illinois, in 1903. She left a will that was later admitted to probate in Hancock County court. That will mentioned by name:

It did mention her ex-husband, Conrad Haase, who survived her.

The “Petition for Probate of Will and Letters Testamentary” was presented to the Hancock County Court during the June 1903 term. Notice of that petition had to be sent to:

But Barbara didn’t leave anything to anyone other than her heirs-at-law, so no one else should have received notice.

So why are her children included? 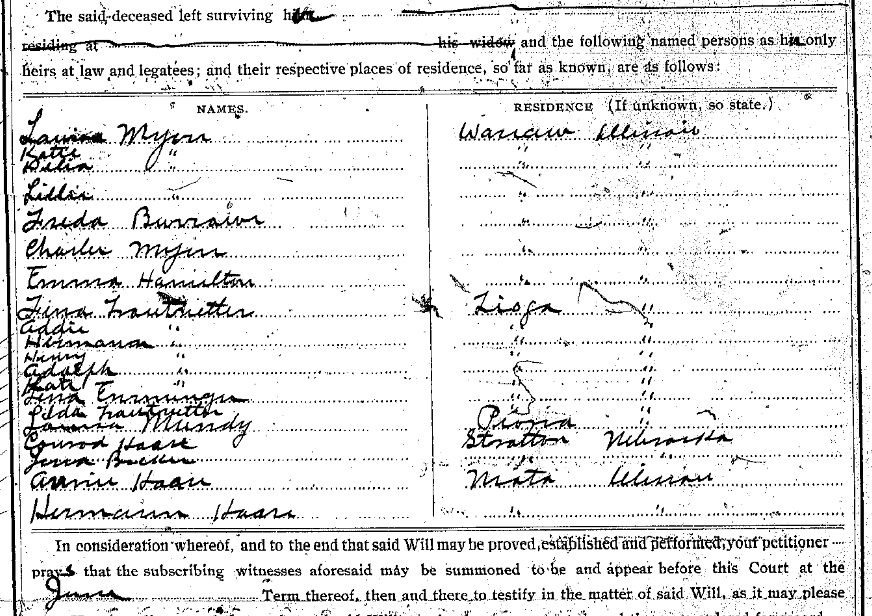 Interestingly enough, there are checkmarks by the names of the heirs-at-law and legatees (the one by Louisa’s name is very faint as is the one by Fina Trautvetter’s name).

I don’t have an answer, but it’s not wrong to ask questions.