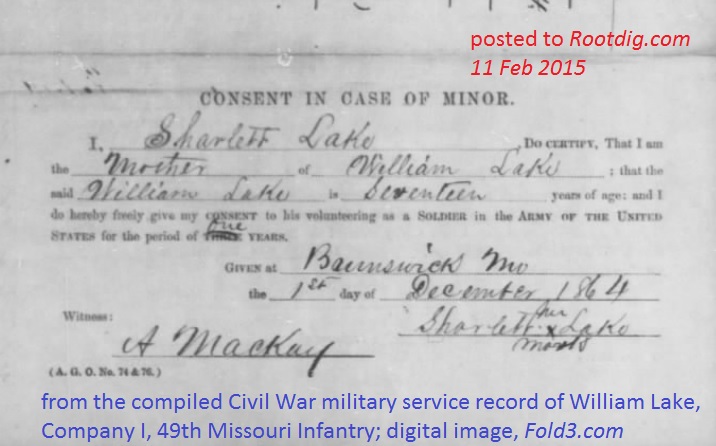 On 1 December 1864 in Brunswick, Missouri, seventeen-year-old William Lake volunteered for a one year enlistment. He was assigned to the 49th Missouri Infantry.

Being a minor, Lake was required to have permission to enlist. His mother, Sharlett[sic] Lake, made her mark on the permission form. Lake’s father was alive and well on 1 December 1864. Why he did not sign his son’s permission for is not known.

has these Civil War materials online for some states, but not all. All Civil War compiled service records have been microfilmed by the National Archives and are available through the Family History Library.

This enlistment form (assuming all the information is correct) indicates that William Lake was seventeen years of age on 1 December 1864. This would mean that he was born between:

How she felt about signing his enlistment form is another matter. Those details never got recorded.