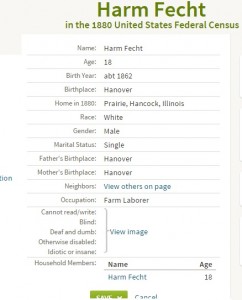 The “view record” page for Harm Fecht on Ancestry.com indicates that he is the only individual living in his household in 1880. It’s easy to see at the very bottom of the image included with this post. When I encountered the record while looking for someone else, I thought it looked strange as I was fairly familiar with the Fechts of Hancock County, Illinois’ Prairie Township and I did not remember a Harm living alone as an 18 year old.

That’s because he didn’t.

I decided to search for an ancestor that I knew was living as a boarder with relatives in 1880, just to see. Sure enough Voke Goldenstien (actually Focke Goldenstein) is shown in his record entry as being the only individual in the household. 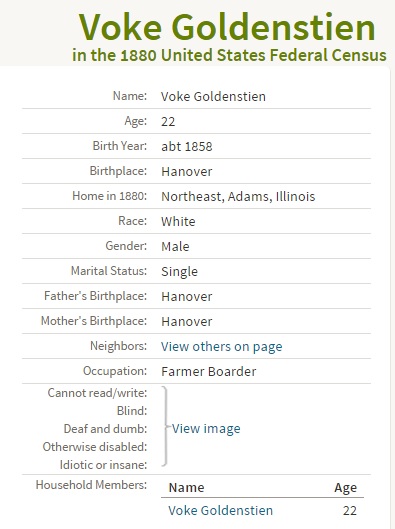 Sure enough when one views the census image, he is listed as a boarder in the household of Eme Aden. Why those household names are not showing up with him I am not certain. 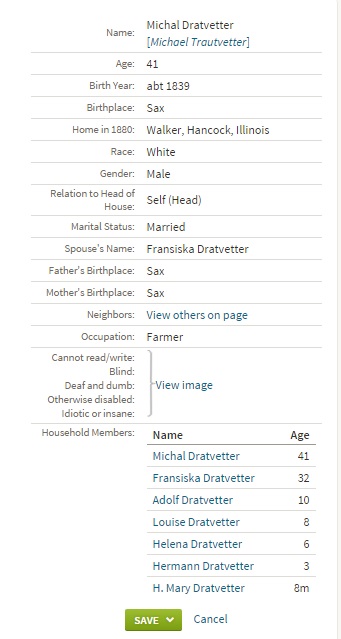 I decided to search for a family that I knew had servants in 1880, just to see. Sure enough the “record” screen for Michael Trautvetter showed his wife and children as living in his household. According to this screen only Trautvetters (Dratvetter according to the census enumeration) lived in the household. I knew that was not right as I’d seen the entry before and distinctly remembered Trautvetter having hired help.

Sure enough he did. There are clearly two additional individuals living in the household: Friederich Richmeier and John [something or other]. Why those two names are not showing up on the other screen I am not certain. 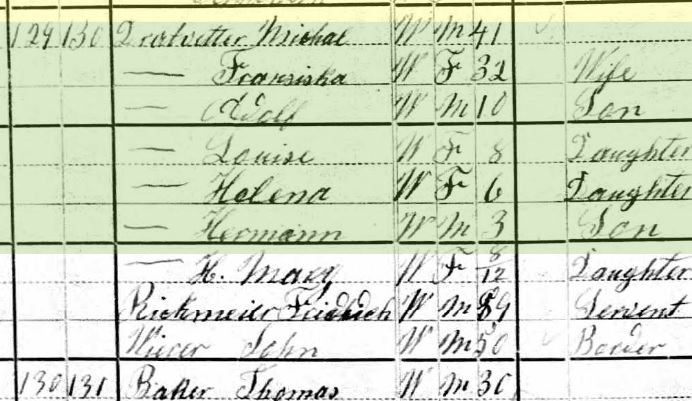 I have not had time to see how this impacts the searching or if other census years that included relationships to head of household are also done in this fashion (remember 1880 is the first census year to show relationships). But I wish the households weren’t stripped of the boarders the way Ancestry.com has chosen to remove them from the household.