The image accompanying this post is from a deed of gift of a horse from Lewis Demoss to James Poteet. That’s really not the point of this post.

Before Lewis’ signature, the document reads (in part):

Witness whereof I have hereunto Set my hand & Seal this 22d Day of January in the year one thousand Seven hundred thirty Six seven. 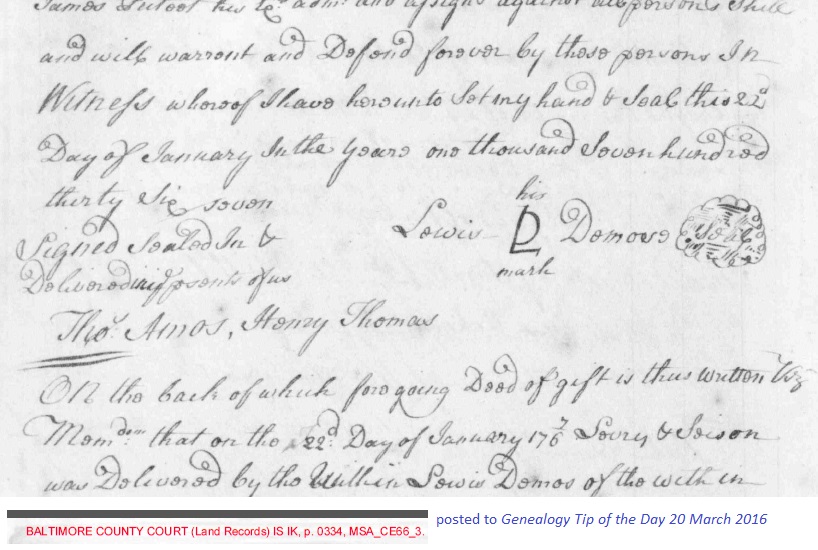 After the signature of Lewis and the witnesses, it says:

The 7 is really above the 6 and in fact the last “digit” of the year looks like the fraction 7/6.

That date appears to be incorrect, but not in the way one might think. It appears that the “3” in the year was omitted. That would make the date of delivery the same as the date the document was executed, which makes the most logical sense. The date can’t be 1776 as delivering a horse forty years after the date of the document seems a little bit improbable.

We just have to think and contemplate so that we can discern the difference.