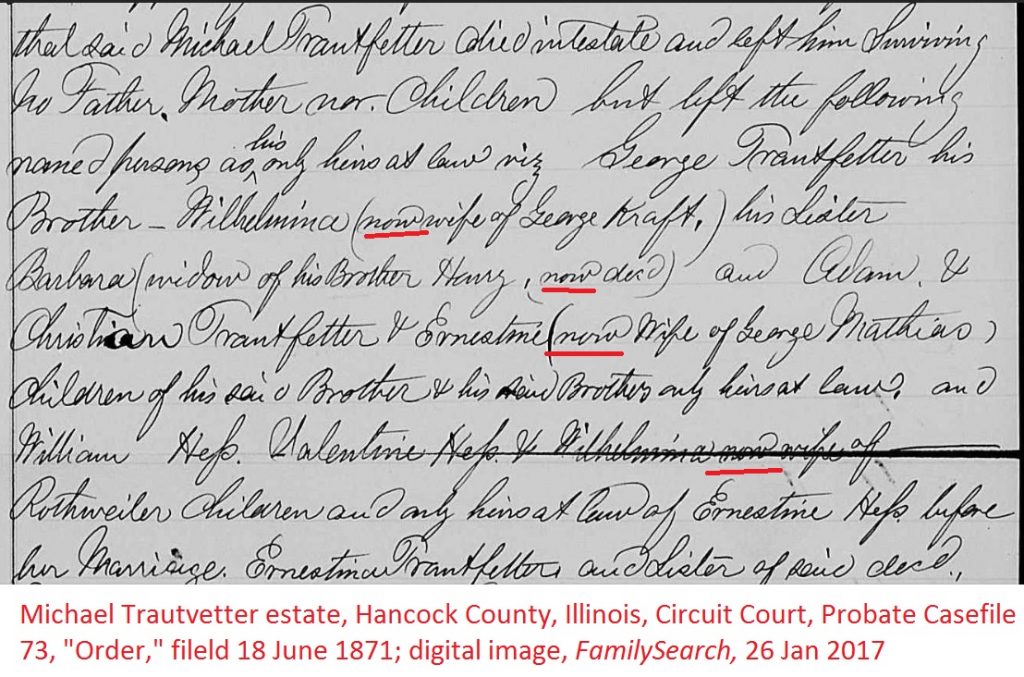 “Now” is one of those words that can create minor confusion in legal documents.

The 1871 illustration from the estate of Michael Trautvetter indicated that among his heirs were the following:

The “now” means “as this document was written. The document, actually a court order regarding Michael Trautvetter’s estate, was filed on 18 June 1871 and was likely created within a few days of the filing.

So as of that date:

It turns out that Ernestine had been married to George Mathis since the early 1850s and that Wilhelmina has been married to a Rothweiler since shortly after the Civil War. From other records, Henry Trautvetter was alive in February of 1869, but all that’s meant by this document is that Henry was dead when it was created.

The marriage date of Wilhelmina to George Kraft is not known. She could have married George the day before this document was made out or thirty years before.