Several members of a Huls family landed in New York in November of 1870 on board the Donau–three adults and three children. Typical for the time period, no relationships are given. And typical for records when relationships are not given, none should be inferred without additional research. 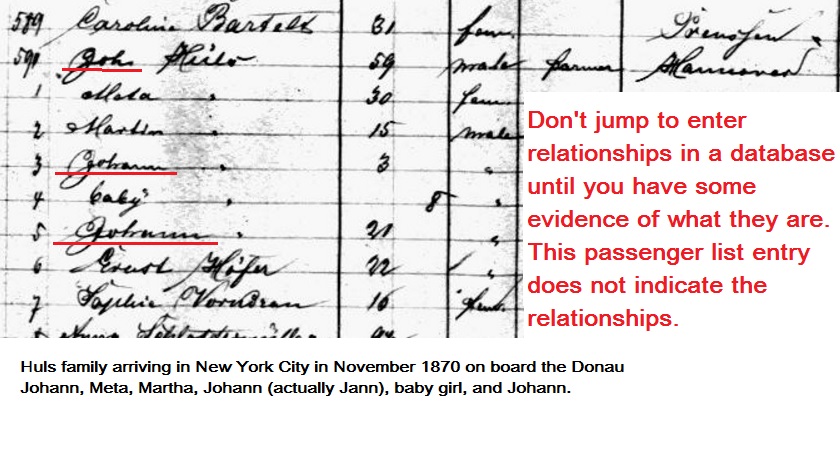 Speculation about relationships are necessary to formulate additional research plans. But speculation needs to remain speculation and not be shared as “facts.” Tentative relationships should also not be entered into any database without further research.

There are several situations that could fit the names, genders, and ages listed. One may even be tempted to conclude that some of the ages or names in the manifest are incorrect. They aren’t.