Jose Marie Burns, alias Eahny, enlisted in Captain R. H. Marmon’s Company I of the First New Mexico Cavalry.  He saw action in the summer of 1885 as his unit was involved in a campaign against Geronimo and the Apaches in New Mexico. Burns was granted a pension for his service in the early 20th century. In future posts we will look at various records from his pension application and records, including:

All in all, a very interesting record–and something of a departure from our usual fare. 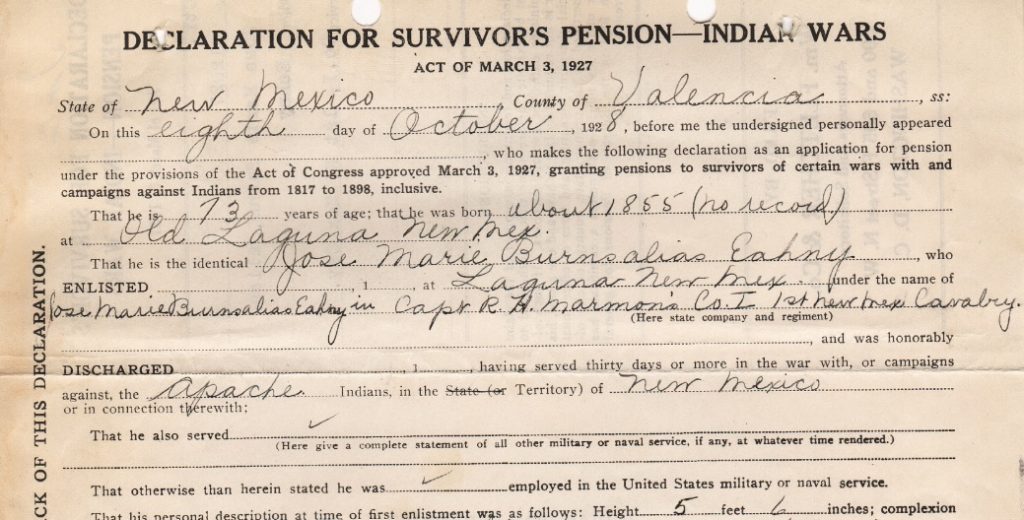