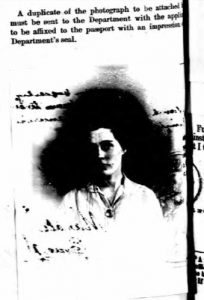 Markley as shown in her application for a US passport.

Records of those involved in World War I include women and well as men, even though women did not serve in combat.

Ancestry.com‘s “U.S., American Red Cross Nurse Files, 1916-1959” contains employment records of Red Cross nurses who served during the World War I and World War II eras. Nursing was one of the main ways that women were directly in the war effort, especially during the World War I era. Fortunately these files often contain detailed biographical information on the nurses in addition to occasional personal correspondence from them and about them. 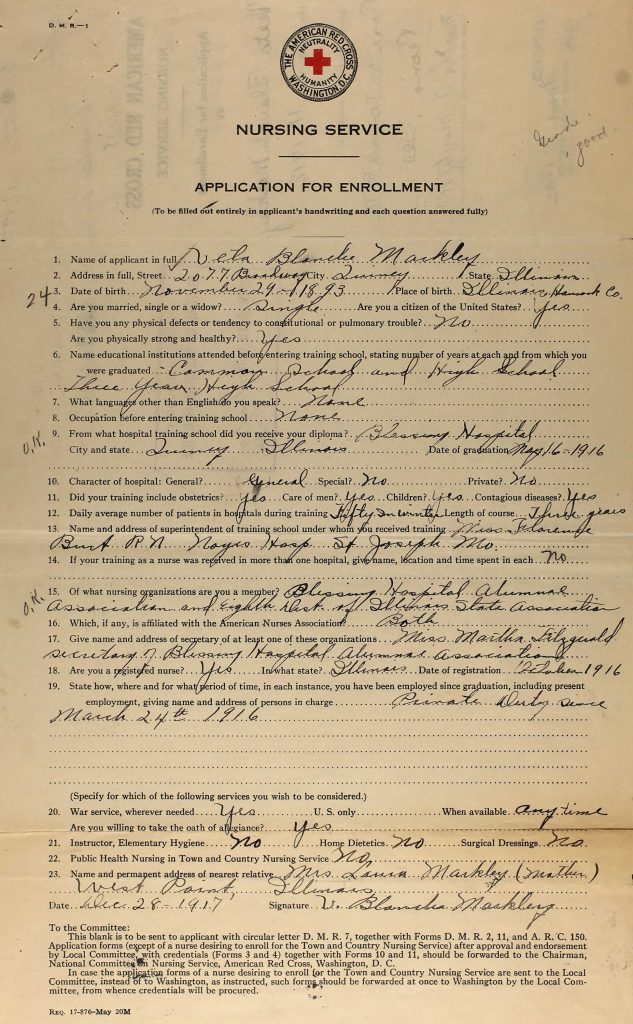 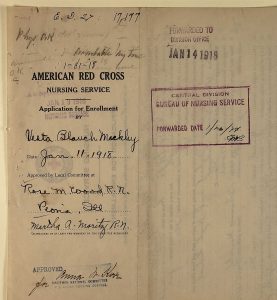 The Red Cross Nursing Service file for Veta Blanche Markley contains detailed information on her Red Cross career as well as some details on her nursing career outside of the Red Cross. Her initial application summarizes her educational experience and background. Markley indicated she attended common school and the local three year high school. The high school is not named, but based upon her mother’s residence as stated in the application and where the family is believed to have lived, it’s reasonable to conclude that Veta attended high school in West Point, Illinois. She attended the three year nursing program at Blessing Hospital in Quincy, Illinois, from which she graduated. 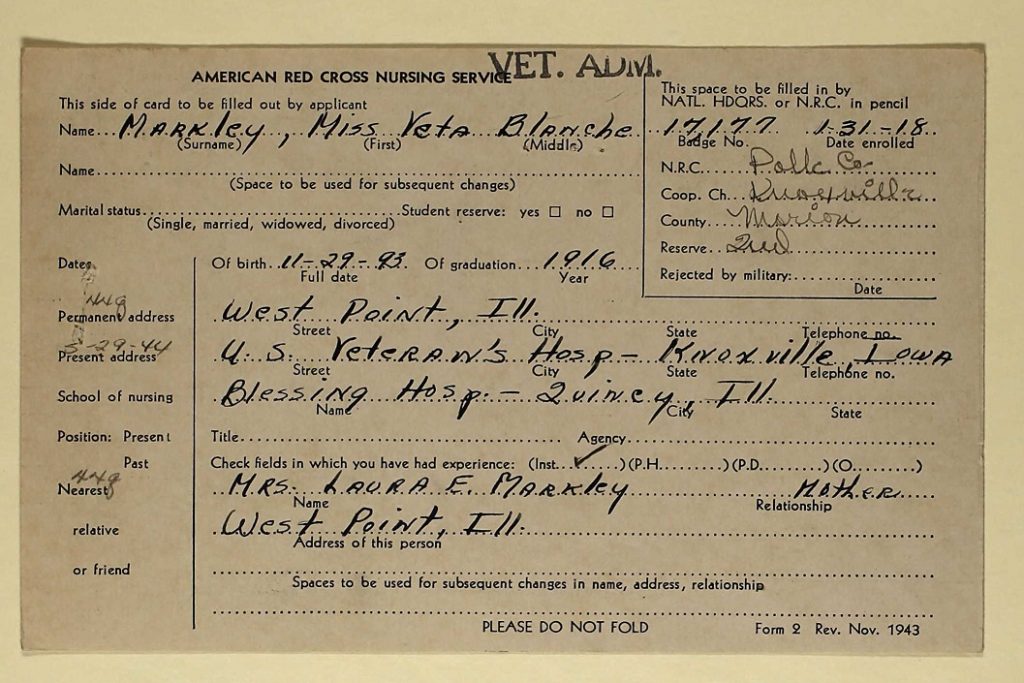 1944 Application for re-admission to the Red Cross Nursing Service

Markley never married and the only information on her family in the file is a listing of her mother as an emergency contact. There is a letter in the file close to the start of World War II that indicated Markley only wished to be re-enrolled in Red Cross service if absolutely necessary as her mother was not able to live by herself and Markley was taking care of her. Marley lost her Red Cross pin while in Europe during World War I and there are letters in the file after her return home requesting a reissuance of the pin.

Markley required a passport before she could travel to Europe. That passport application repeats  biographical information that is contained her Red Cross nurse file, but does include the name of her father. 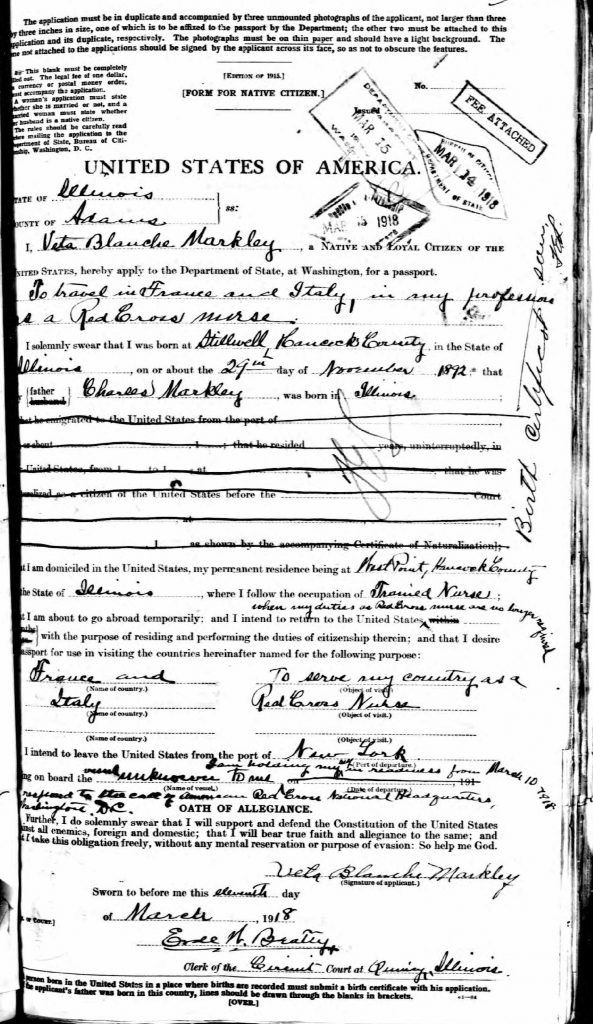 For those with relatives who served as a Red Cross nurse during the first two-thirds of the 20th century, the Ancestry.com database “U.S., American Red Cross Nurse Files, 1916-1959” may be worth a look.

Veta is a first cousin of my paternal grandfather. Their mothers, Laura (Rampley) Markley (1870-1950) and Fannie (Rampley) Neill (1883-1965), were sisters and grew up in Walker Township, Hancock County, Illinois.