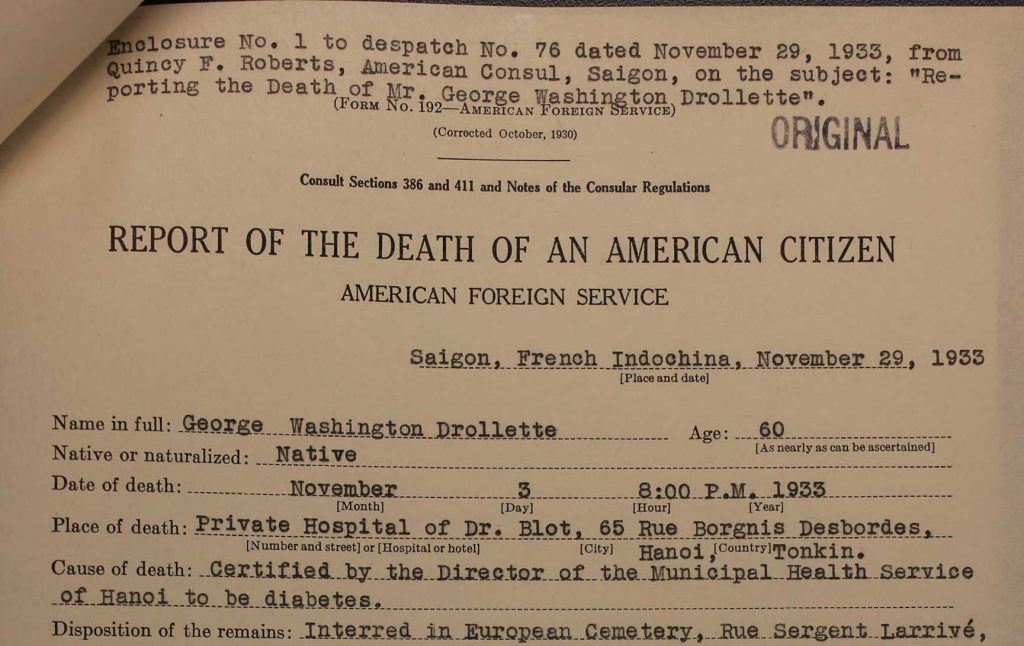 835-1974,” usually contains a one page form titled “Report of the Death of an American Citizen” or something very similarly named. That’s what was located for George Washington Drollette who died in Hanoi on 3 November 1933.

It’s always advised to maneuver forward and backward when any item of interest is located (in either paperbook, microfilm, or digital form) as there may be additional records. There was a three letter from the American  Consulate that preceded the actual report of Drollette’s death. It is actually referenced in the report at the very top where “Enclosure No. 1” is mentioned.

The letter, dated Saigon, 29 November 1933 provides more detail on Drollette, mentioning a wife in Hong Kong, a child somewhere in the United States and nieces and nephews in the Dannemora, New York area. Drollette’s employer, the Socony Vacuum Corporation, is also mentioned. Most of the information contained in the report and the letter is secondary information. Fortunately there are clues as to where the information was obtained in the letter and the report which is helpful, but the American Consul, Quincy F. Roberts, likely did not have any personal first handhand knowledge of the information.

Whether the cemetery still exists in which Drollette is buried is another matter entirely. A lot has happened in Hanoi since Drollette died. 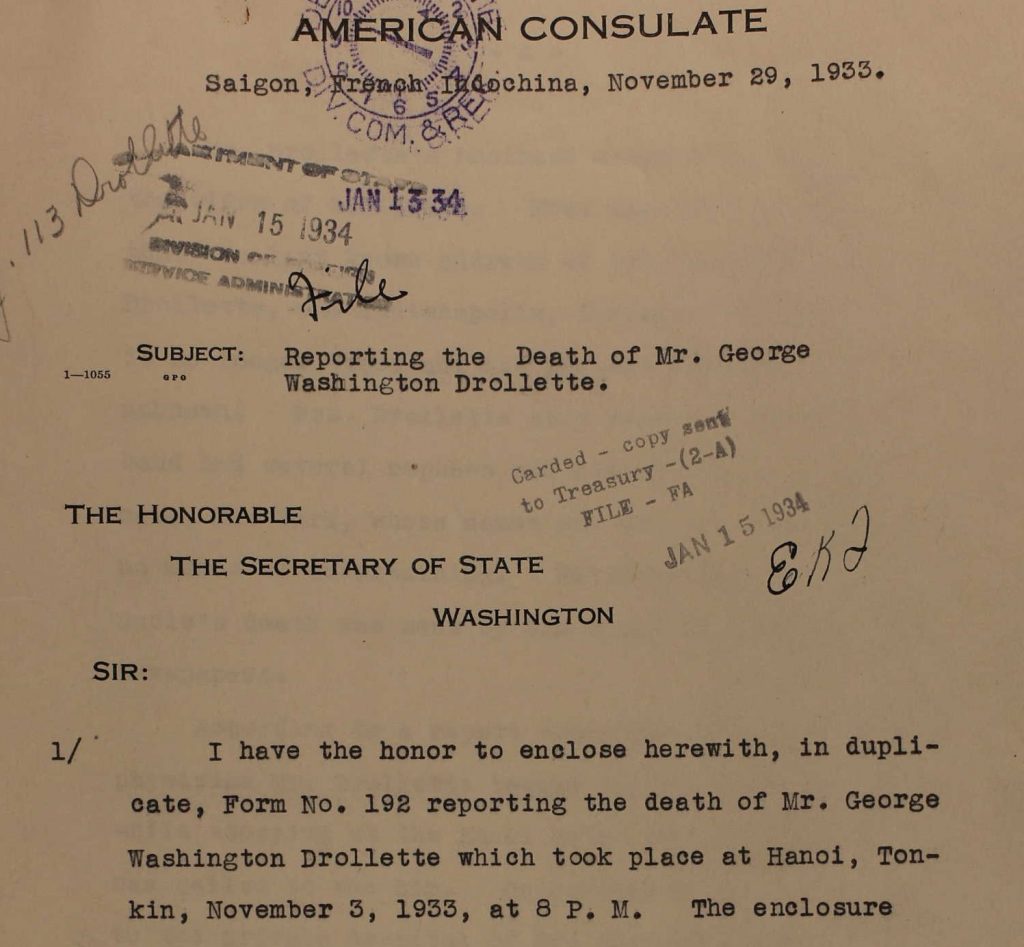