There are many things listed in the mid-19th century inventory for the estate of Peter Bieger that the typical person would not have had on hand. At least not in the quantities that Peter Bieger had them. 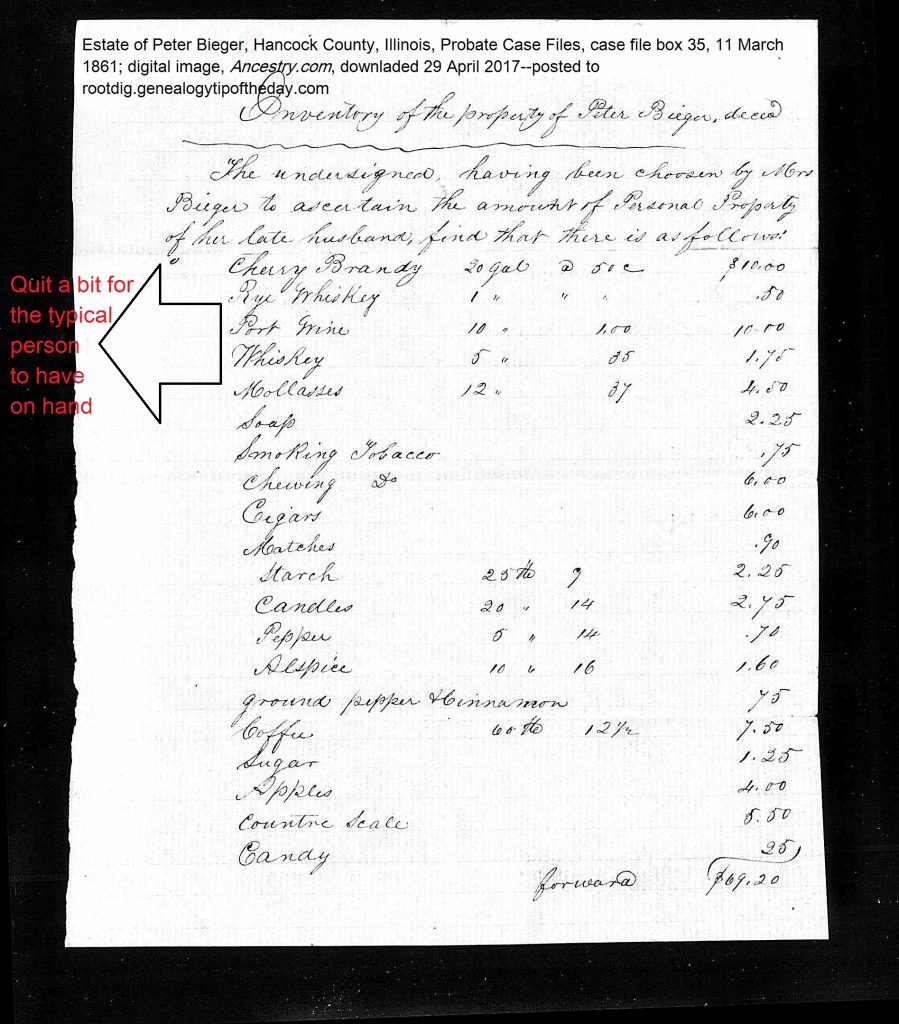 Thirty-six gallons of alcohol seems to be a bit much for the typical person to have on hand. The inventory is suggestive of running a tavern combined with some type of general store.

The theoretical question is:

Which begs the question: What’s my research question?

The question would then have to be “What was Peter Bieger’s occupation?” There’s no record that flat-out directly states it. Peter is not listed in any extant United States census that provided occupational information and no other extant records explicitly state what his occupation was. It is the same problem that we have in certain areas of the United States before the 1850 census–no record states the occupation specifically.

And knowing the occupation can help us to distinguish between two individuals of the same name (at least sometimes) or it can help tell us if an ancestor was more susceptible to economic downturns and opportunities.

It also hinges on our narrowly one defines “direct evidence.” Mills defines it as “seems [my emphasis] to directly answer the research question.” Here’s where the mathematician in me isn’t too keen on the definition of “direct evidence.” I would like a definition that doesn’t hinge on “seems.” That’s pretty vague. What seems to you may not seem to to me and what seems to me may not seem to you. For me, I think I’ll tweak the definition of direct and indirect.

To some that may seem like a tight definition and it is. There’s enough gray area in how records are interpreted and analyzed that my personal preference is to try and have definitions that are as tight as possible.

It’s always worth it to think about the information you have located, how it answers your question, and how to use it to logically and clearly write up your conclusion and argument.

But at least you thought about it.