f the naturalization for Joseph Watson of Chicago appears twice on his final oath. It is difficult to read when used to date the witness oath made by Thomas Frame. The second rendering of the date used when Joseph actually made his allegiance oath makes the month clear. In the first writing of the date, it appears as if the clerk began signing his name when he should have been writing the month. Making such mistakes is easy to do.

3 November 1900 was a Saturday and it seems a little bit strange that a final naturalization paper would be made out before the court on a Saturday.

The final oath papers were not filed for record until the November 5th, two days later on the following Monday.

Assuming the date is correct–and there is no reason to believe it isn’t–there’s another reason the office might have been taking final oaths of citizenship on Saturday 3 November 1900.

The general election was on 6 November. Freshly minted citizens would have been able to vote on 6 November. That’s possibly the reason oaths of allegiance were being taken by the court on a Saturday.

I hope to have an update. Stay tuned. 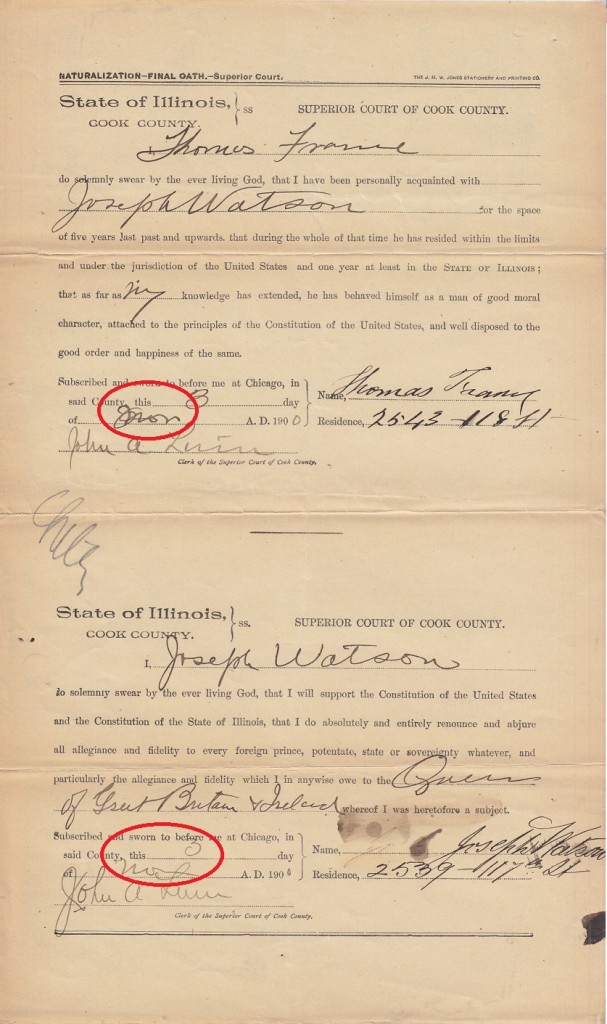