Civil War pension applications can contain a wonderful amount of genealogical and biographical information. That’s particularly the case when an application has issues that require investigation.  Emmar Osenbaugh of Woodburn, Clarke County, Iowa, applied for a widow’s pension based upon the military service of her final husband, John Osenbaugh. Osenbaugh served in Company H, 7th Illinois Infantry and moved to Iowa after the war.

Emmar was not John’s only wife. John was not Emmar’s only husband. The multiple marriages for both the Osenbaughs was part of the problem.

In October of 1918, Emmar made out statements before a special examiner that discuss her life as she could remember it. The 79-year old had quite a bit to remember. 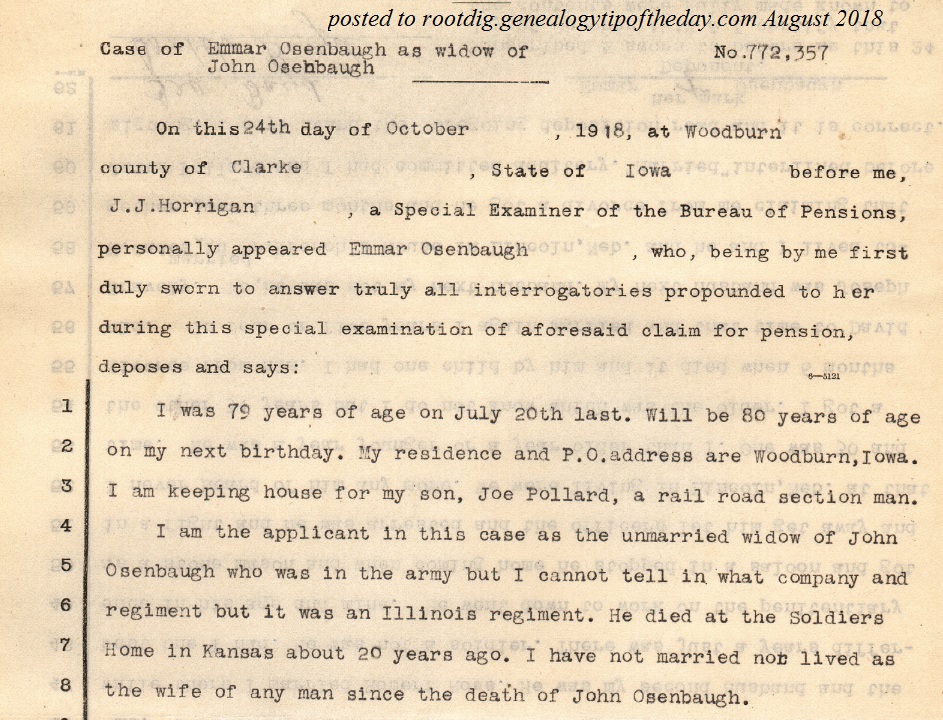 Emmar was living with her son Job Pollard. According to Emmar’s testimony, Pollard was a rail road “section man” and she kept house for him. By 1918, John Osenbaugh had been dead for twenty years and had died at the Soldier’s Home in Kansas.

Emmar had not been married since his death.

But she certainly had been married before as we will see.