This image comes from the back of a Federal Land Patent. It was issued based on a War of 1812 military land warrant that was issued to Agusta Newman based upon his service in the War of 1812 from Bourbon County, Kentucky. Agusta lived in White County, Indiana, at the time of his application and, to the best of our knowledge, did not travel to Iowa. He assigned the warrant to his son David A. Newman.

Ignoring these annotations may cause you to overlook genealogical clues.

And sometimes they can convey quite a bit of information in a small amount of space. And it’s always worth looking it over for details that may not be obvious elsewhere. 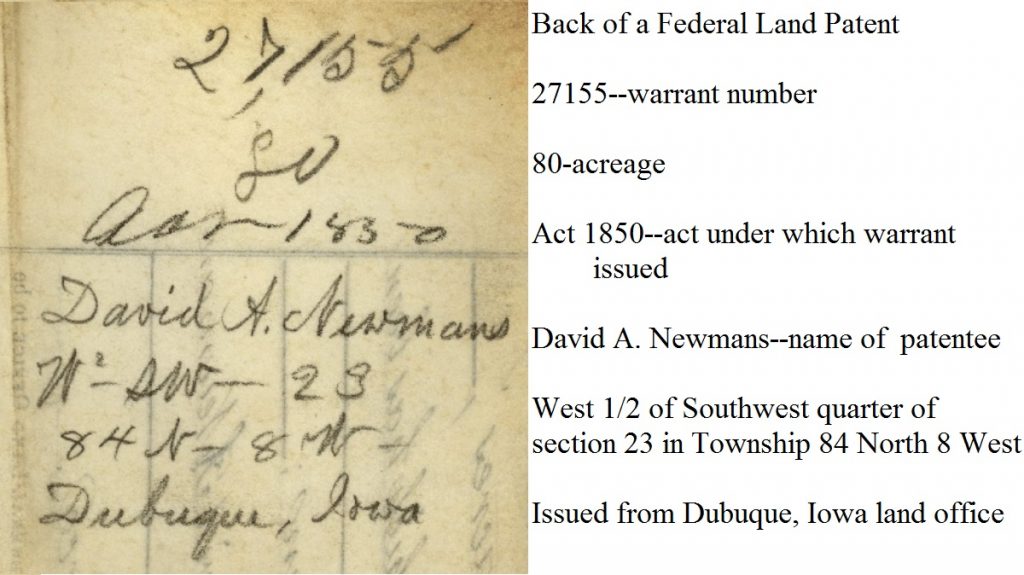