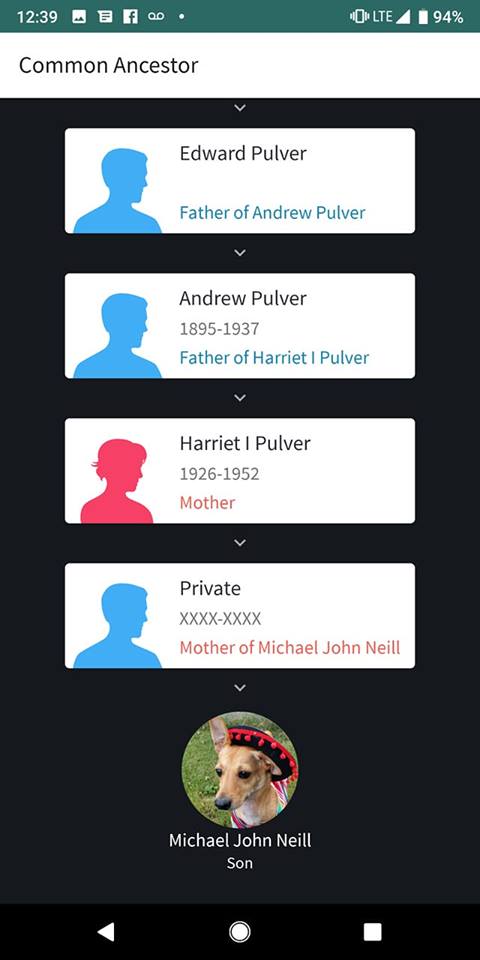 I installed the “We’re Related” app from Ancestry.com on my new phone just to see how it had changed from when I originally installed and experimented with it some time ago.

In fact, it indicated that my maternal grandmother was a woman named Harriet I. Pulver (1926-1952). Pulver apparently spent her entire life in New York State–Columbia County. That’s a distance from Hancock County, Illinois, where my maternal grandmother lived from 1924 until 2006 (she died in Florida in 2008). There’s no geographic connection at all and it’s difficult to see how any matching algorithm could confuse Dorothy A. Habben with Harriet I. Pulver.

Sadly, according to 17 July 1952 article in the Niagara Falls Gazette Pulver was stabbed to death.

How this app pulled her as being my grandmother is beyond me. I have no connections to Columbia County, New York, and all my maternal ancestors were immigrant US mid-westerners from the 1850/1860 era onward.

Other matches have been more plausible and at least based on trees–even if they were wrong.

This one just makes no sense.

More entertainment–and not so entertaining.