Information in this post is current as of 26 February 2019.

Fold3.com recently indicated that their image database (with index) of World War II draft registrants who were of “traditional age” (born after 16 February 1897) now includes draft registrants from Illinois. The database appears to be “in progress” even though I failed to see any mention of that on the website. I have used the draft card images at FamilySearch before, but was hoping the indexes at Fold3.com would make it easier to find people that I had not had time to locate or perhaps had overlooked.

The Fold3.com index includes names of others on the card–not just the registrant. This is personally my main reason for using the index. The images at Fold3.com are not as easy to browse as they are at FamilySearch (particularly if one wants to jump through cards in groups of 20 or so at a time to quickly get to a certain card–the cards were digitized in alphabetical order [almost, there are cards slightly out of order]). However, when experimenting with searches, I noticed something was amiss. 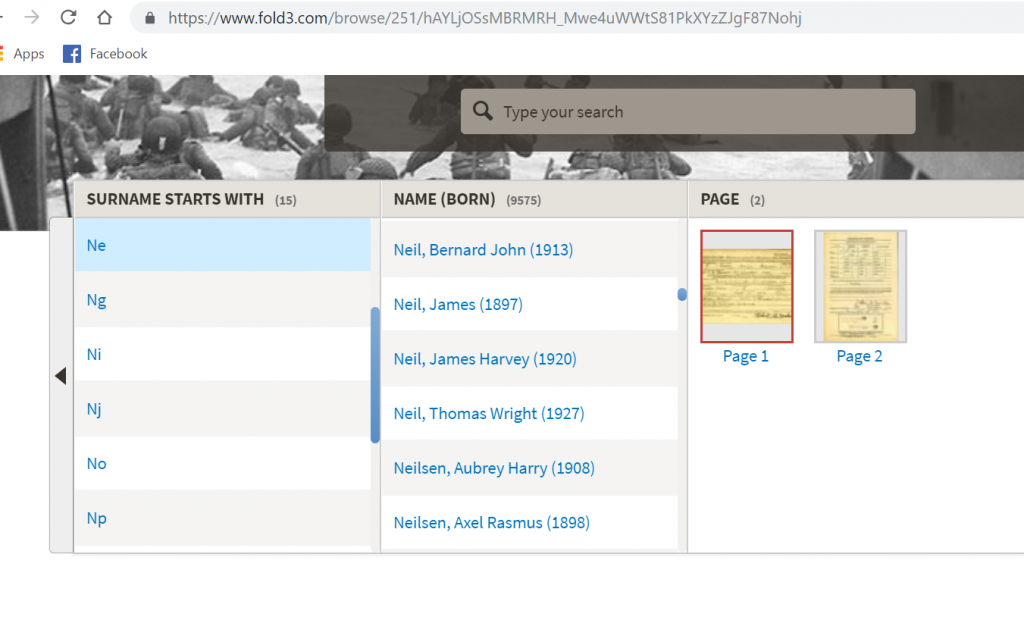 I even double checked at FamilySearch to make certain I was not dreaming. All the Hancock County, Illinois, Neills had cards in the set of image–including my great-uncle Herschel shown in the illustration. 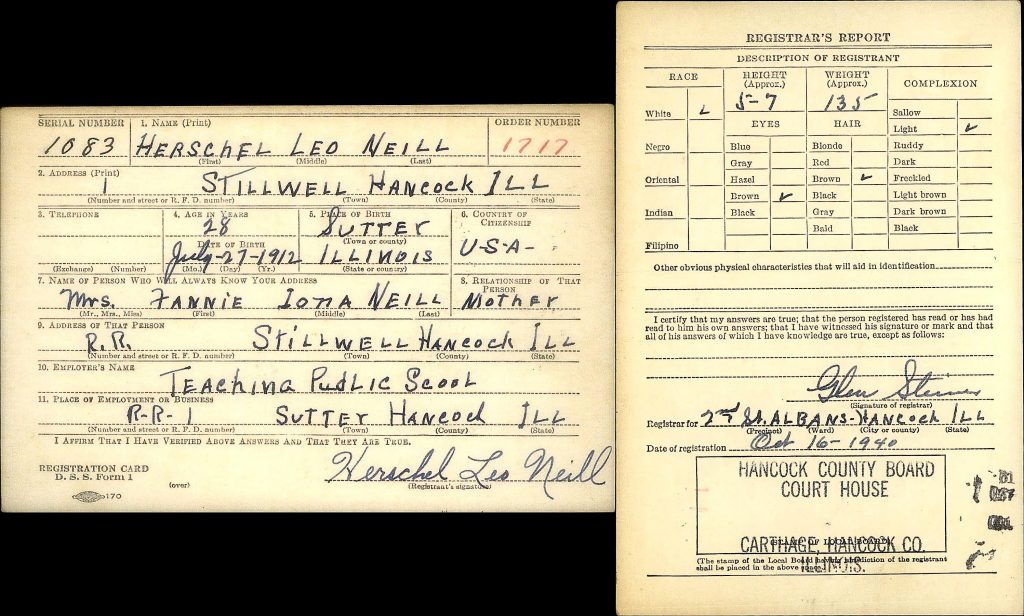 It was not just the Neills. My Habben uncles and cousins were not in the database at Fold3.com either. After that I quit looking because it became obvious the database was incomplete–or else they were just intentionally leaving some of my relatives out.

One advantage of using the index Fold3.com has made is that it indexes the names of others on the card besides the registrant. That’s how I learned who my great-grandfather, Mimka Habben had as his hired man–he was listed as the employer (M. J. Habben). 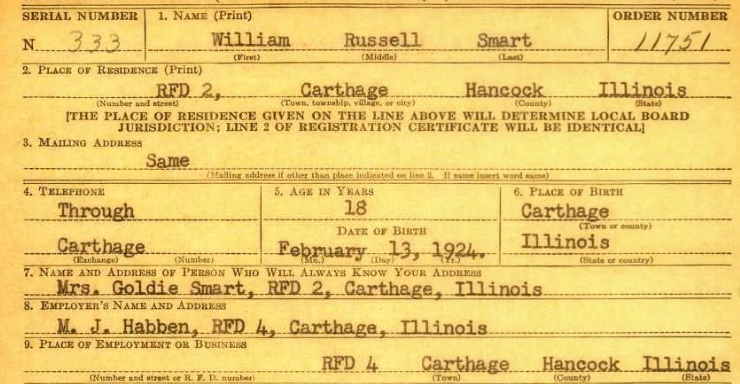 I also learned the name of two employees who worked in the pharmacy cousin William Trautvetter had in Chicago, Illinois as well–he was listed as their employer.

I just wish this database of registration images was complete. I wish that was made a little more clear instead of me having to discover it myself.

The cards from what is affectionately known as the “Old Men’s Draft” (held on April 27, 1942, it included registrants who were born between April 27, 1877 and February 16, 1897) have been available online for some time. The cards for the younger men have only more recently become available.