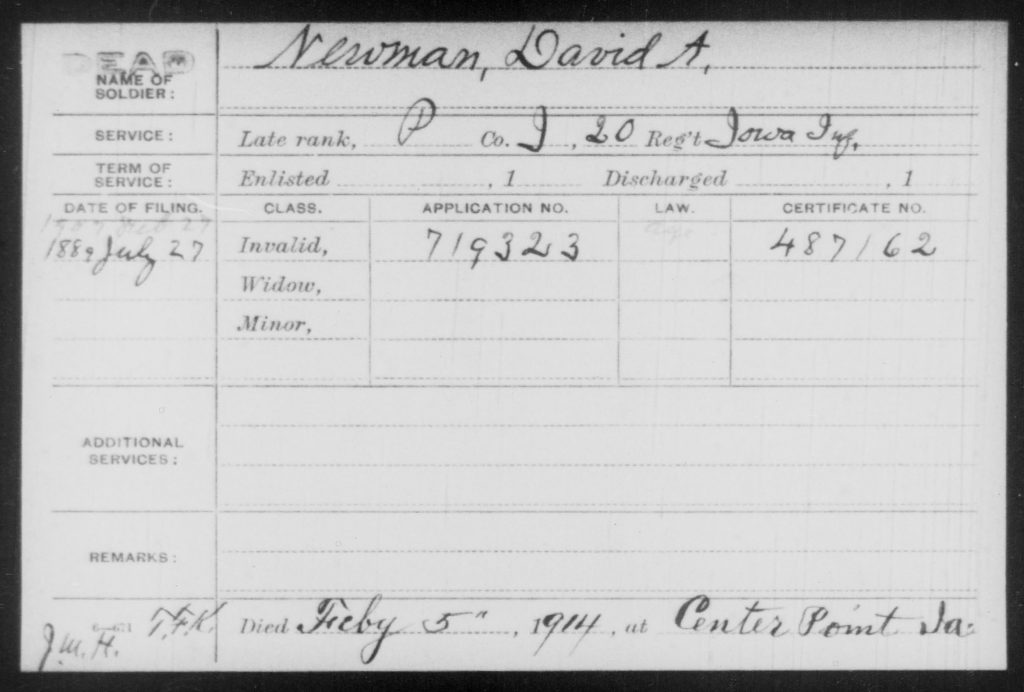 I’ve decided to get the Civil War pension of David A. Newman. The Kentucky native served in an Iowa unit (Company I 20th Regiment of the Iowa Infantry). The unit index card for him does not indicate his widow received a pension, so the amount of family detail may not be as much as I hope. However, it is still possible the file contains significant details.

David’s brother is my 3rd great-grandmother and I’m hoping his file at least provides a specific place of birth in Kentucky for him. The family’s migration in Indiana and points west is reasonably well document, but their time in Kentucky has not been studied in as much detail. It’s hoped his pension will help with that.

David had no known close relatives in his military unit and the brother from whom I descend did not live in Iowa. For those reasons, I’m not hoping for testimony from relatives in his application–but one never knows.