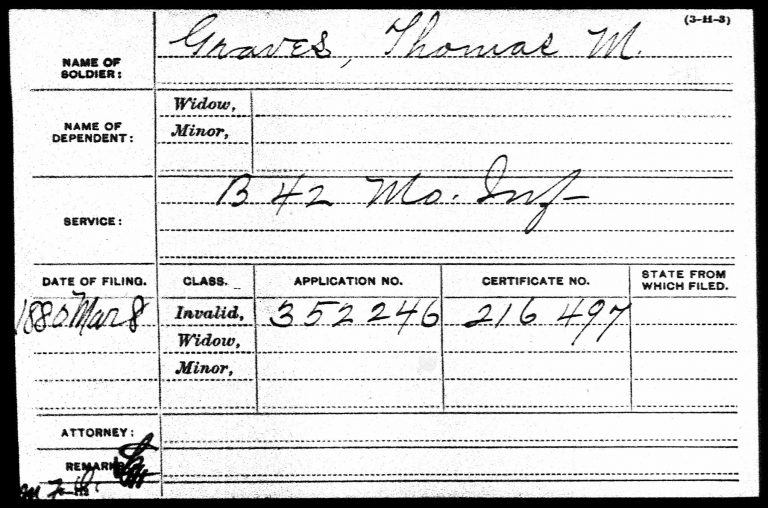 I’ve received the pension images from the Civil War pension file for Thomas Graves who served in Company B of the 42nd Missouri Infantry. Graves was survived by a widow, a woman who was born Sarah Newman in Rush County, Indiana, in the 1850s.

By the 1880s she was in the general area of Randolph County, Missouri. It was hoped that Graves’ pension file would provide some information on her. It was also hoped that she applied for a pension under Graves’ name even though there was no reference to her on the index card for Graves. Widow’s names are usually included on these cards–there is even a space for their application number and certificate number on them.

But there was still information on Sarah in the file. Which goes to show that even if the widow didn’t apply that there still may be details on her in her husband’s pension file