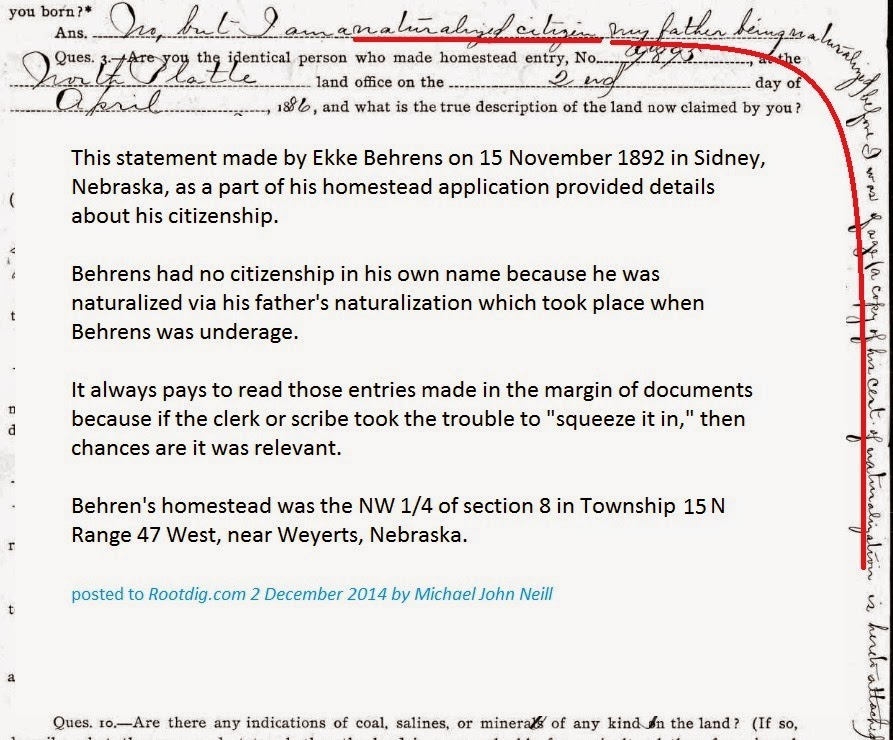 This notation on Ekke’s final application for the homestead explained the age discrepancy.

It would be easier if parents did not name children after themselves.