I really was not looking for this when I came across it online at Hathitrust.org. It is a guide to American roads in 1819. Of course it does not look like a modern atlas. There are only a handful of maps in it. Instead there are lists of towns a person will travel through on their way from one location to another.

“The Traveller’s Directory Through the United States of America : being a complete list of the direct and cross roads, together with the conveyance by water throughout the different states and territories : including the connecting roads and distances, in measured miles, from New York, Philadelphia, Baltimore, and Washington, to Pittsburgh, New Orleans, and St. Louis” claimed to have been “compiled from the most authentic materials by John Melish” and published in 1819 is available in digital format on Hathitrust.org.

The first image shows the “route” from Harrisburg to Philadelphia, Pennsylvania. There are numerous routes throughout the book. 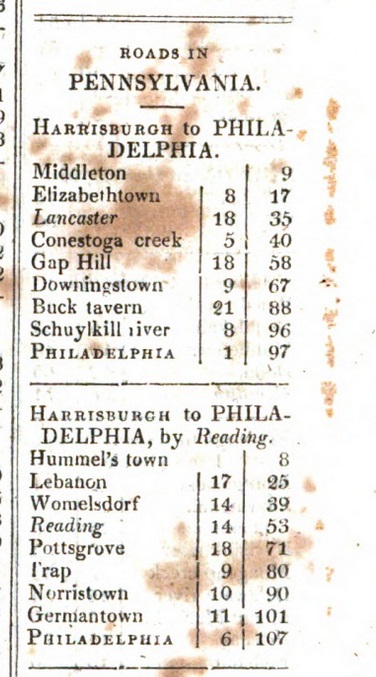 Hathitrust.org includes a scan of the entire book, including the title page as shown in this post. 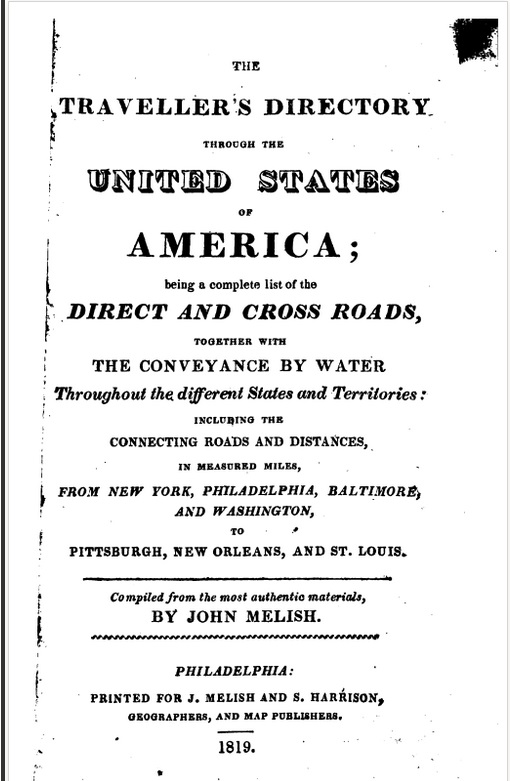 Is it possible that your ancestor used a similar book on their travels?