Sometimes researchers want one approach that will answer their question. One method that will allow them to “know” that they’ve got same person and not another with the same name. 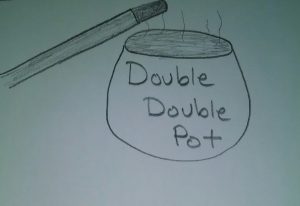 You just can’t wave a magic wand over a pot of magic stew and expect the answer to rise to the top.

The problem is that there’s not a magic genealogical approach that works in all situations. What might work best depends upon the location, the time period, and the socioeconomic standing of the people being researched. It’s not wise to say “this approach always works.” There are always exceptions to any rule.

We’ve written in some detail about research process and procedure and I won’t reproduce those writings here. Generally speaking, one should:

That’s a tall order. But there is no magic source that will always contain the information you need. There is no magic approach that will answer your question quickly and easily. Sometimes research is tedious and boring. That’s the way it is

Sometimes it is exciting and rewarding as well. That’s also the way it is.

Prepare yourself by focusing on the bulleted items. That will help you increase your chances of success and help you get through those times when you are not finding something.

But you can’t just put your genealogical problem in a pot, bring it to a boil, and recite an incantation in order to get your answer.

That’s not the way it works.

Unless your distant ancestor was a witch who has passed their spellmaking abilities down to your generation. And that’s a little doubtful.