One of my ongoing projects is to document their migration across the Atlantic.

To minimize confusion, I created a chart to assist me in locating their passenger list information. This chart was not for publication, does not include citations, and in some cases only includes enough information to “refresh my memory.” It is a working chart, not a ready-for-publication chart.

The following pieces of information were ones that I thought would be helpful in locating members of this extended family. “Other surnames” were important both for married females and for children of two of Erasmus’ daughters who had children before they were married. In the case of the children of Ernestine Trautvetter, it appears that her children sometimes used Hess as a surname and sometimes used Trautvetter as a surname. She was not married to their father. The varying surname is something that I need to know.

Years of birth are helpful in determining if a “match” on a manifest could be the right person or not. The names of other family members can also be helpful in seeing if a family migrated together or if non-immediate family members appear on the same manifest.

The census enumeration in 1850 and 1860 was included to help approximate dates of immigration in some cases–particularly for those individuals who had children before and after immigration. Another approach to help approximate the year of arrival in the United States would be to use the 1900 and later federal censuses as they ask specific questions regarding immigration and naturalization.

Names that individuals went by (when known) have been placed in bold for those who had several names in addition to the surname.

The chart is incomplete and meant to be suggestive.

It is not meant to summarize their arrivals–it’s meant to help me find them and to organize my search for their manifest entries. One thing I might modify is to give the reason why they were “known to have immigrated.” I may remember that now. I may not remember that in two months if that’s how long it is before I have another chance to look at the chart. 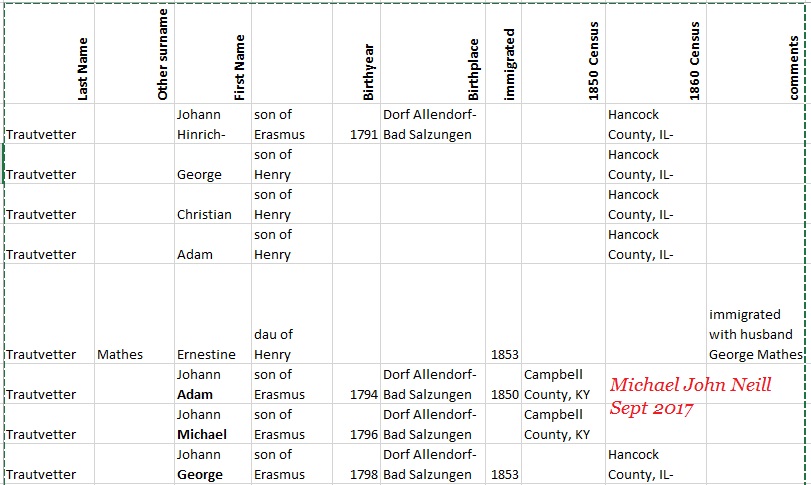 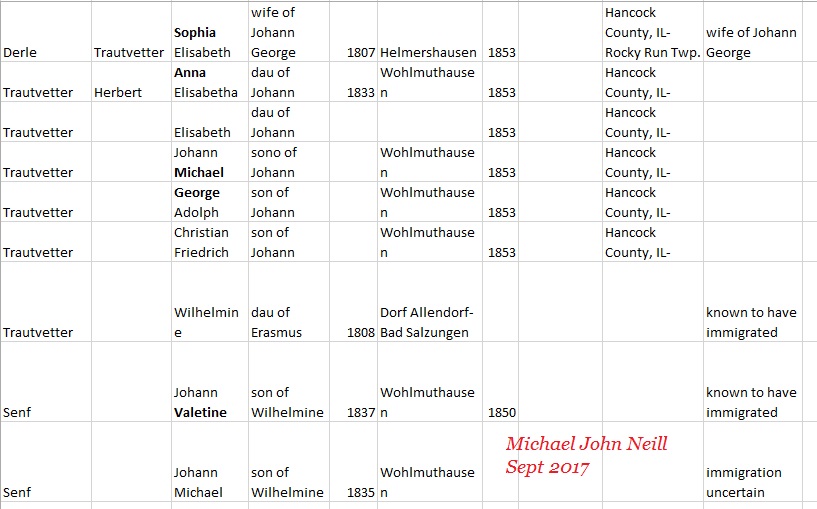 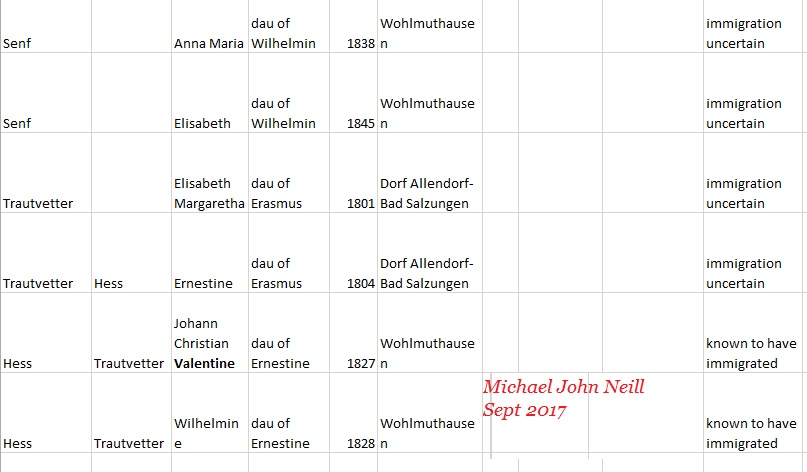 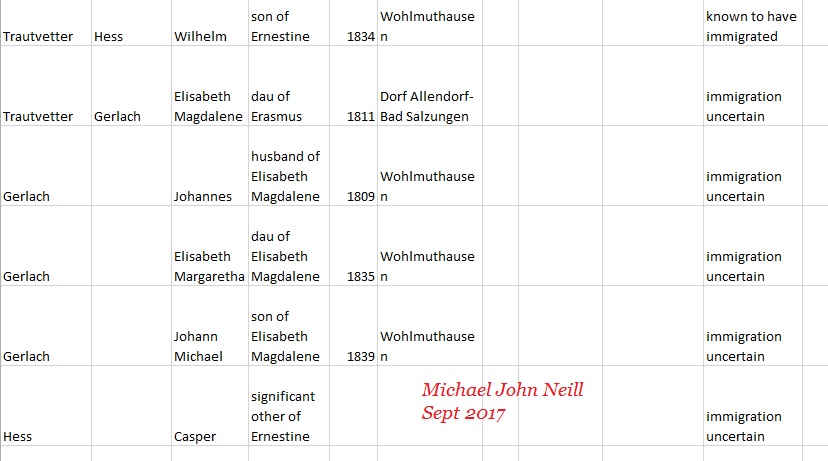