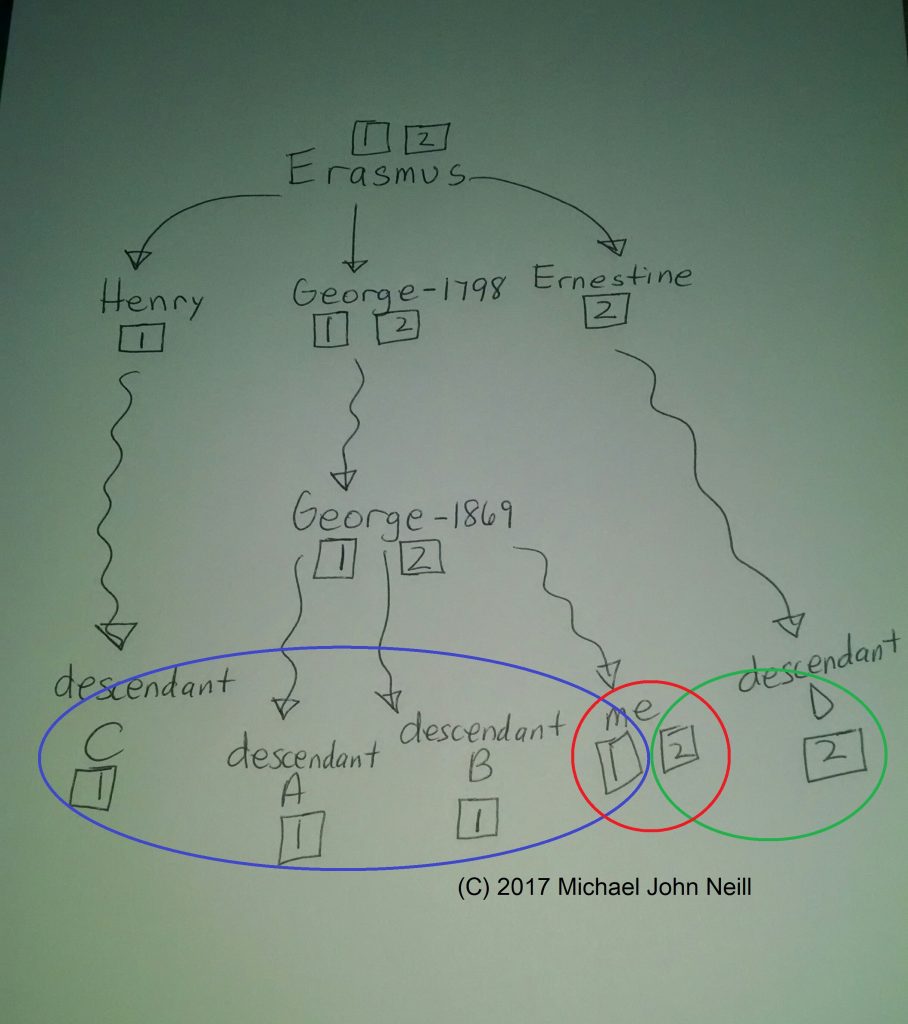 I had 12 matches that were second or third cousin matches. I have those figured out. I have figured some of the fourth cousins, based upon their trees, our shared matches, or direct communication with them. I’ll never get through them all. There are always a few more popping up. Determining who they all exactly are has never been my goal–much like it has never been my goal to locate all the descendants of each of my fourth great-grandparents.  Roughly sorting them is necessary, if only to help figure out the ones who may contain clues to problems I am actively working on.

My own “sorting” for the fourth cousins matches is initially crude and based upon my own heritage, which generally can be broken up into the following chunks:

It’s been helpful for me to think about the “mix” of my own background in sorting out my matches. Compounding the problem ever so slightly is the fact that there are two other families other than my own who descend from som

Your heritage will be different. But thinking about how your background “pools” can be a helpful exercise in analyzing your own matches.