The reverse side of the 1807 “bond” from James Clagg to John Sledd contains two assignments in addition to the one signed by Amy Sledd on the day the bond was originally written and signed by Clagg. 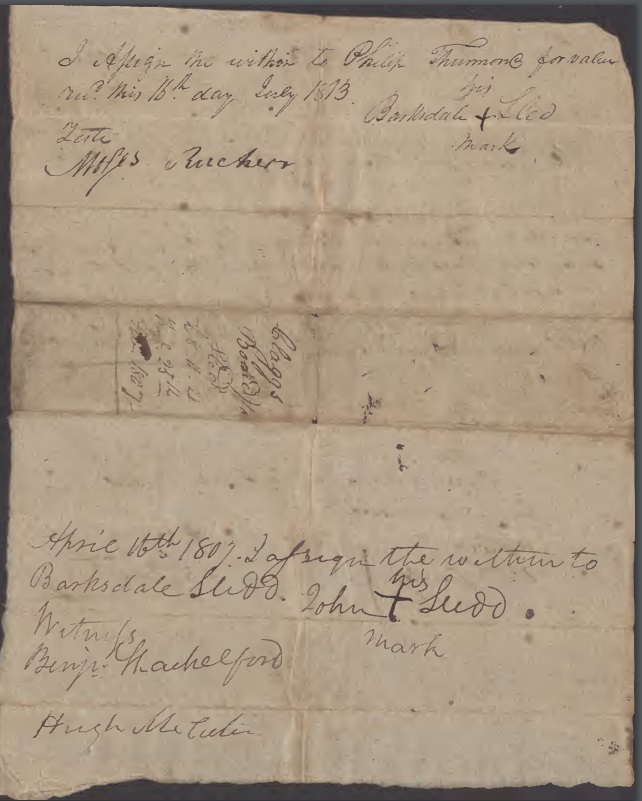 There are two things somewhat unusual about Amy Sledd’s assignment of the bond on the day it was originally signed by Clagg.

Even without any other documentation, Amy’s assignment of the bond indicated a relationship to the other Sledds mentioned in this document. John Sledd (to whom the original bond was made out) confirms her assignment of the bond to Barksdale. This is likely because at some point after Amy made the assignment it was realized that John needed to make it.

Barksdale’s 1813 assignment to Thurmond could have been for one of several reasons all which likely revolved around needing the money in one way or another.