Digital images of original documents can sometimes be a little confusing when it’s not clear what front goes with what back.

That’s what happened when I was working with a homestead application contained in the  “Nebraska, Homestead, Records, 1861-1936,”at Ancestry.com. 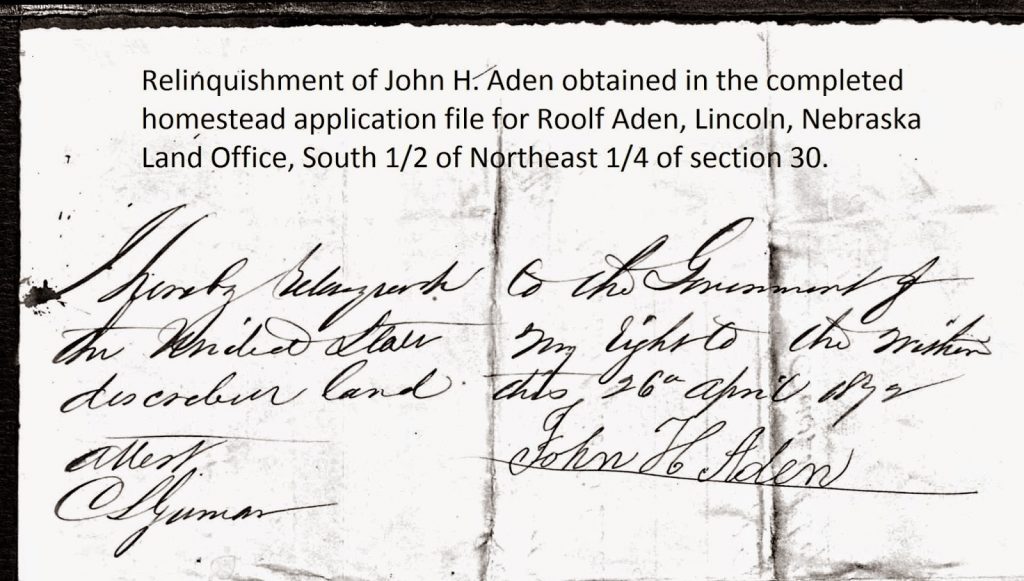 The original item of interest was an 1872 relinquishment by John H. Aden in the homestead application of Roolf Aden.

It appeared to be a relinquishment of the property John H. Aden initially laid a claim to in 1871. In fact, this was the next digital image available–a receipt for John H. Aden’s payment. 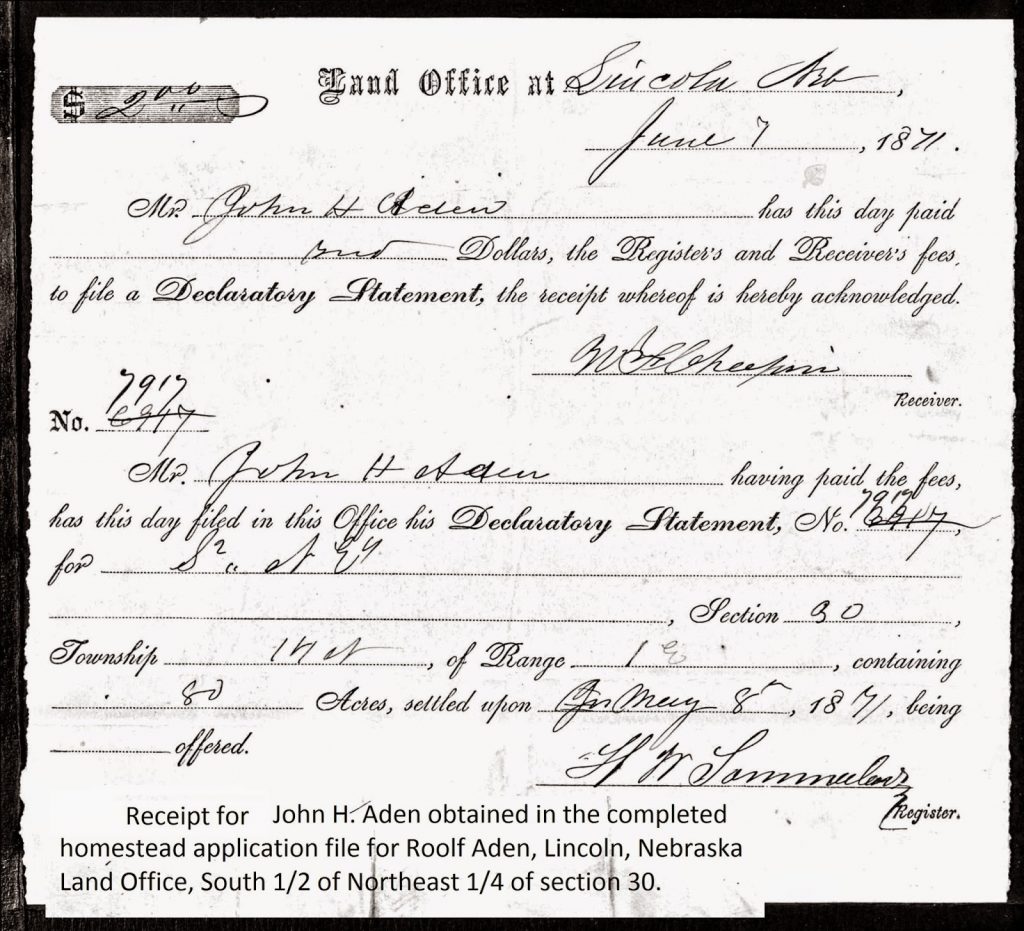 However, Ancestry.com, like many sites with digital images, contains no tags or method to be precisely certain which “front” goes with which “back.” What it looked like was that the relinquishment was digitized first, even though it was the back of this document and it seemed logical that John H. Aden was relinquishing his claim approximately one year after he made it.

So I compared left hand edge of the receipt with the top edge of the relinquishment. It took a little rotating, but I was able to line digital images of the two edges up as shown in the image below.

Comparing the edges makes it crystal clear that the receipt and relinquishment are the front and back of the same document.

In this case, I was already pretty certain that the images were from the piece of paper. But there are other records where it’s not as clear.

A little copying and pasting may help you to determine if you really have the front and back of the same piece of paper. It also helps to make certain you are viewing both images at the same magnification.

And it also helps if there are jagged edges.