The devil is, as they say, in the details. There’s an apparent bit of coding detail that’s not quite right at FamilySearch as far as the “United Social Security Death Index” is concerned. At least that’s how it appears from my informal study.

Three entries are anecdotal and most certainly not a random sample, but there’s an apparent problem here. The “United Social Security Death Index” entries for three of my relatives has the wrong ages at their date of death. 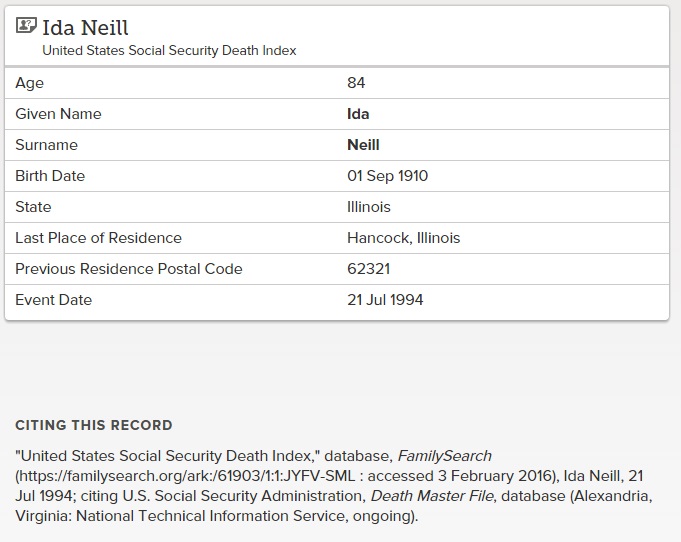 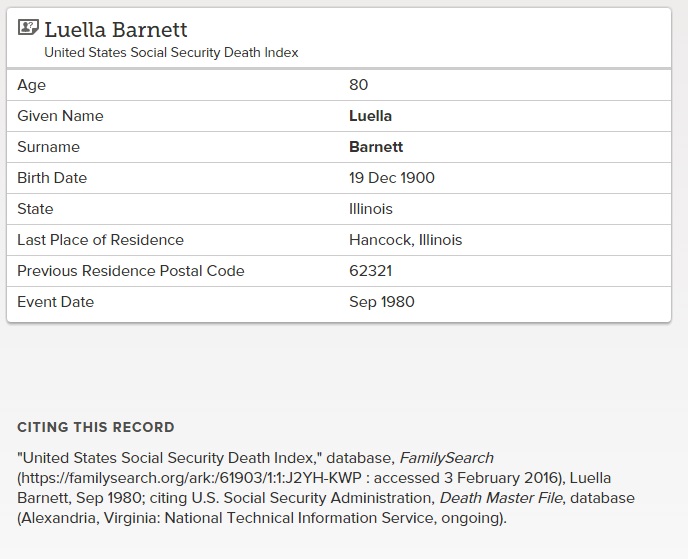 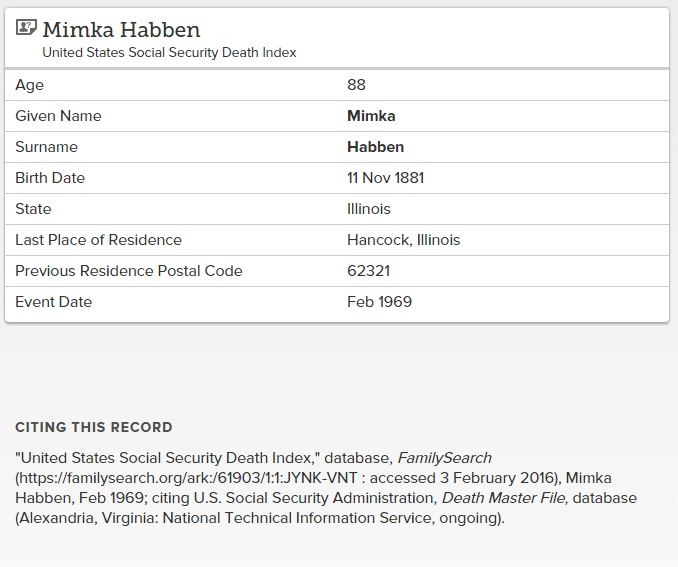 There’s always a chance that I just happened to pick three people where the age was calculated incorrectly. I’m leery of making that conclusion as the age calculation is probably programmed into the system.

I was really doubtful that the age itself was one of the pieces of information as a separate data field in the Social Security Administration’s Death Master File (this is the raw database used to create the various “SSDI” databases floating around online). Entries at GenealogyBank for these same three people suggest that the age is not provided in the Death Master File. The ages shown at GenealogyBank for these individuals are different than those ages shown at FamilySearch. It’s also apparent that the ages are calculated correctly at GenealogyBank. Note that the calculation is only as precise as the dates given. 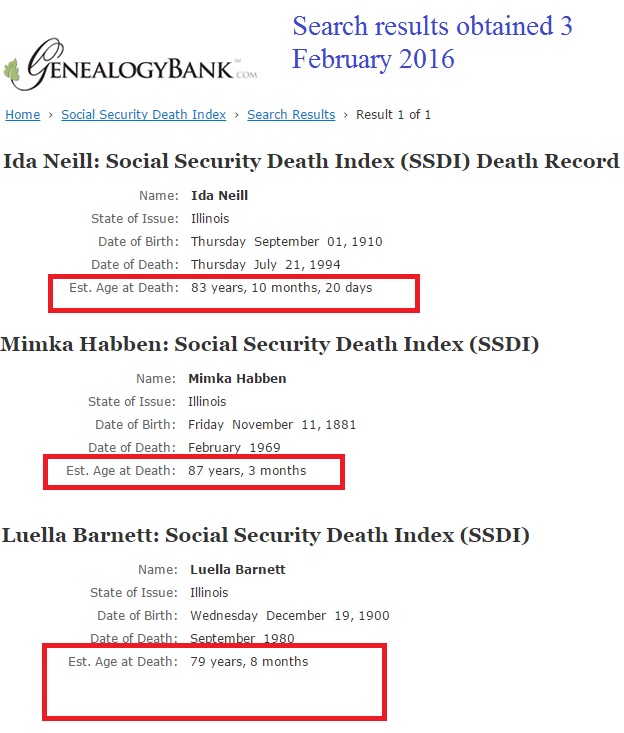 Is it the end of the genealogical world? I suppose not. However, I do wish that: