Sartorius has two homestead applications. These materials are from the homestead for which Sartorius applied in 1904. It has the typical information about the development of the farm. But there are a few atypical documents in it, one of which revolves around Sartorius’ citizenship status.

There is a 1947 letter in the file inquiring about William Sartorius’ citizenship status at the time of his homestead application. Apparently his son Glenn was inquiring into William’s citizenship status in support of his own homestead claim. The family had apparently lost William’s naturalization papers per the letter dated 15 March 1947 from the Department of Land and Mines in the Province of Alberta. 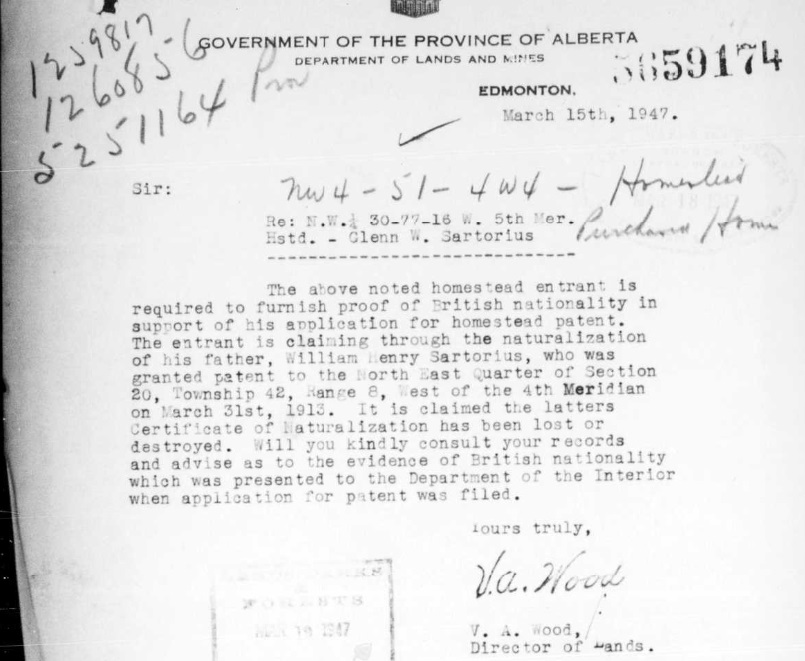 There is also an apparent carbon copy of the response dated 20 March 1947 from the Acting Registrar of Lands. According to the response, William Sartorius forwarded a copy of his naturalization to the Registrar as a part of his homestead application process. William H. Sartorius was naturalized on 24 April 1908 and his certificate was returned to him on 8 June 1908. There is no notice about the court where he was naturalized. 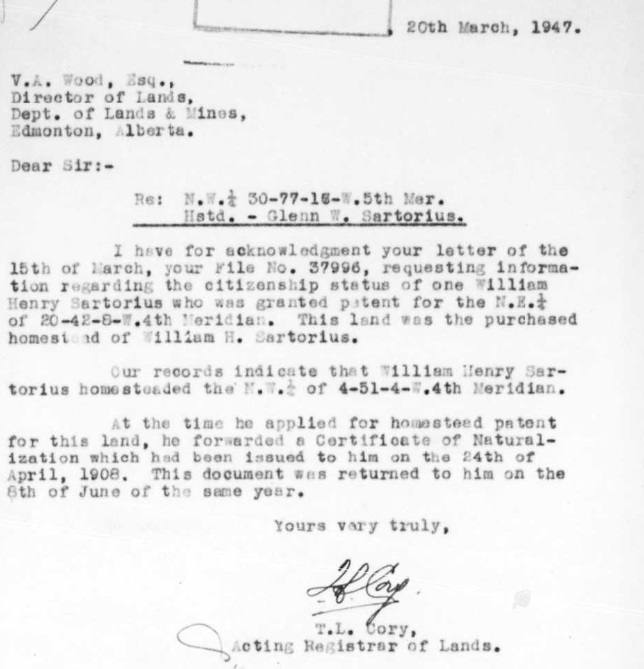 One never knows what one will find in a homestead application. And these digital images are better than the paper copies I received several years ago made from the microfilm.

The  “Alberta, Canada, Homestead Records, 1870-1930” is available on Ancestry.com. In a future post, we’ll see what happened to Sartorius’ other claim and what other little interesting item is in his homestead file. That one has nothing to do with his claim either (at least not directly) and was decades after his claim was completed.

Sartorius is a brother to my gg-grandmother, Fredericka Maria (Sartorius) Janssen. They both were natives of Adams County, Illinois.