The homestead application file for William Sartorius in Alberta, Canada contained an additional interesting letter from William over forty years after his homestead was completed. Satorius’ file is contained in the Ancestry.com database “Alberta, Canada, Homestead Records, 1870-1930.”

Sartorius wanted to know how old he had claimed to be when he made his homestead application.

A letter dated 28 September 1951 from Beverly, Alberta, is signed by William Henry Sartorius and says in part, “I wish to obtain a statement as to my age given on a homestead entry made in the year 1904 in the Province of Alberta.” Sartorius also provides the legal description of the property he homesteaded.

Why Sartorius needed this information is not clear, but he did enclose one dollar for the service. 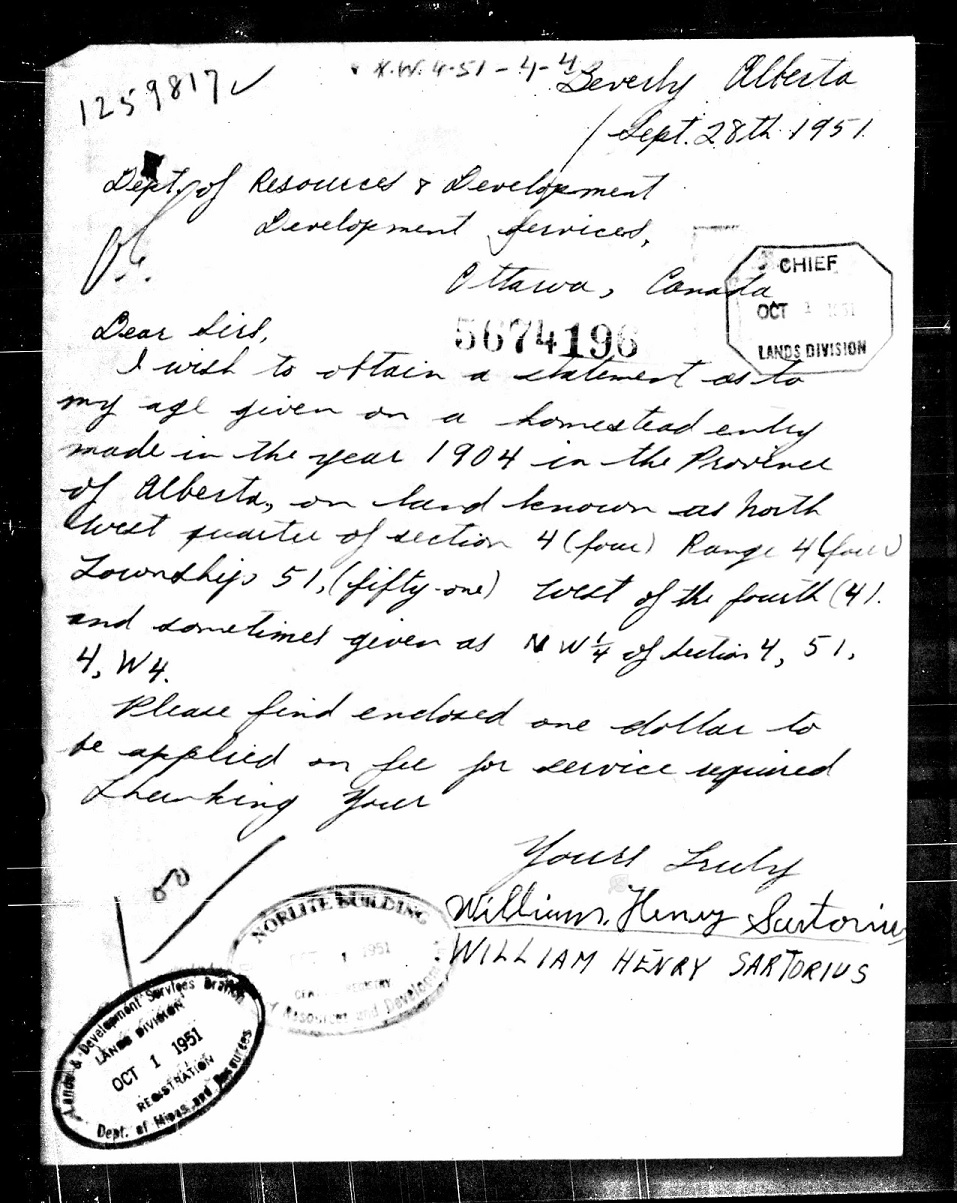 The Chief of the Lands Division replied from Ottawa, Canada, a few days later on 3 October and told Sartorius that on 7 August 1907, Sartorius had given his age as twenty-nine years. The dollar Sartorius enclosed for the service was returned. 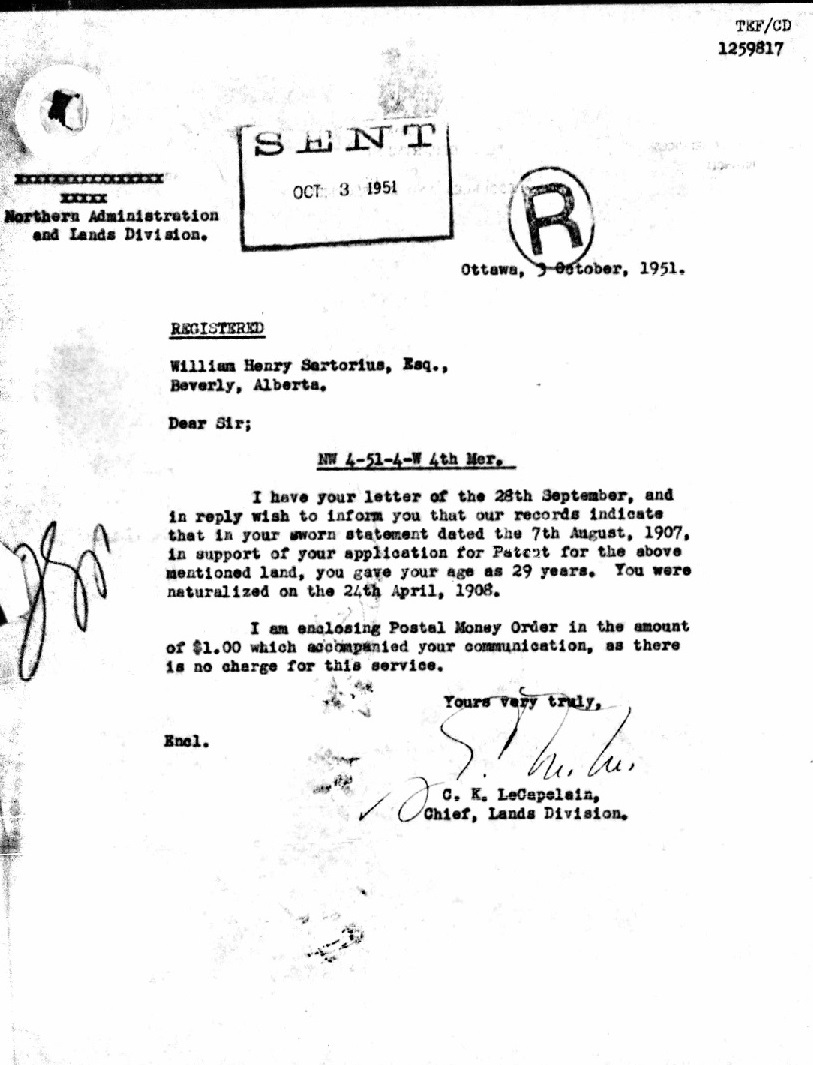 Whether Sartorius simply did not remember his age or whether he wanted to make certain an age he was giving in 1951 was consistent with the homestead entry is not clear.

Or they just can’t remember what age they told who.

A reminder from our readers:

These homestead records partially (496 of the 686 reels as of the date of this post) are online at Archive.org for free

To use this version you need the film (roll) and file number which can be located online at the Alberta Genealogical Society’s website. Once you have obtained the film/reel and file numbers from the society’s website, search for that film/reel number in the ‘Search this Collection’ box the collection’s page on Archive.org and it will take you right to the correct reel, then you can use the file number to locate the specific images on the roll.