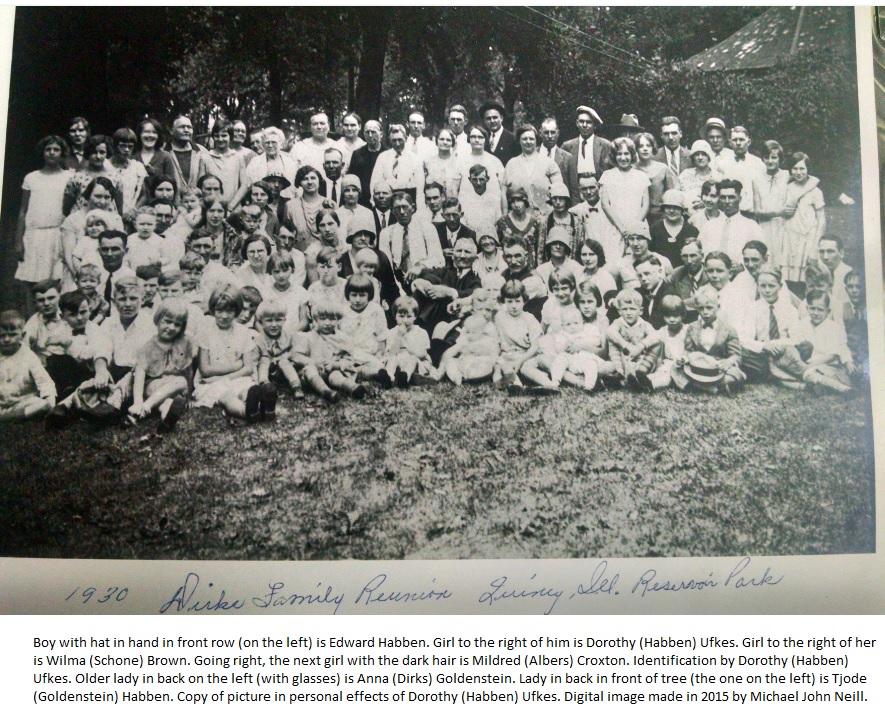 I have them as well as anyone else: unidentified pictures.

I could just kick myself. My Grandmother Dorothy (Habben) Ufkes gave me this picture years ago. It’s her writing on the bottom of it. On the back she has identified her brother, herself, and two of her first cousins. Based upon other pictures, I’m pretty certain I’ve identified my Grandmother’s mother (Tjode [Goldenstein] Habben) and her grandmother (Anna [Dirks] Goldenstein. The two older guys sitting down are probably Bernard and Henry Dirks–brothers of Anna (Dirks) Goldenstein. However, which one is which I’m not remotely certain.

What pictures do you have that are not identified?