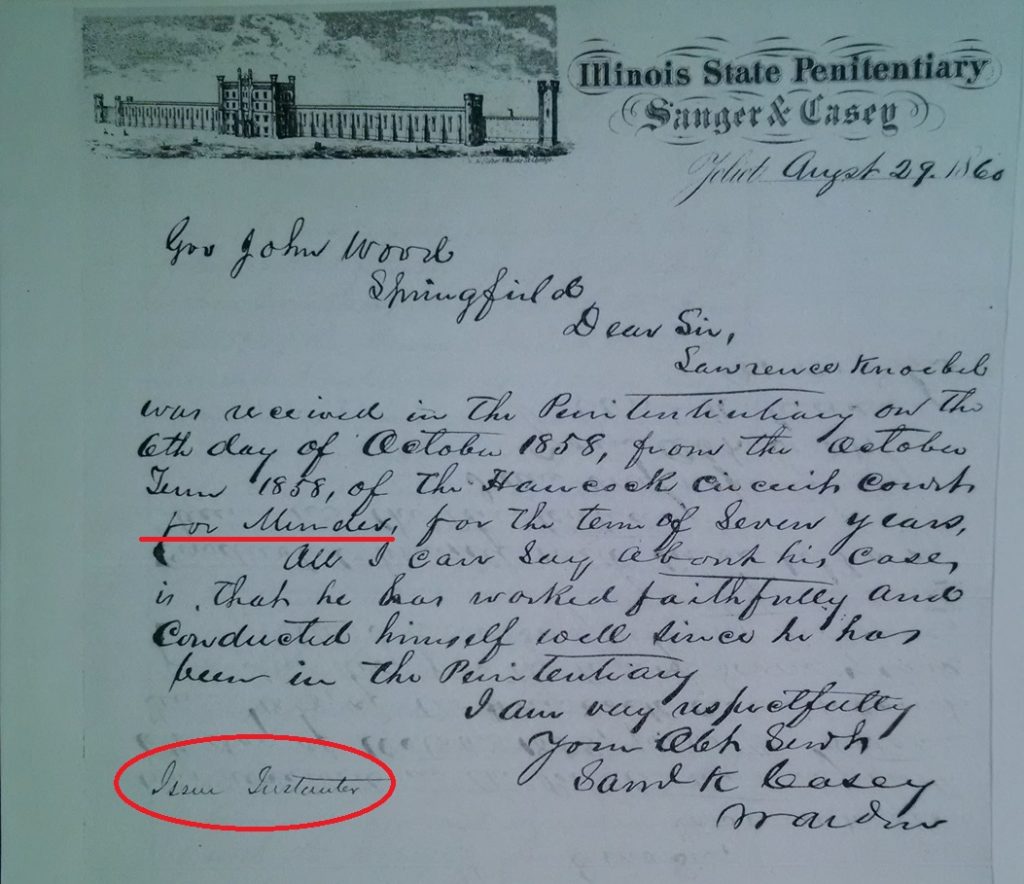 This 1860 letter from Samuel Casey, warden at the Illinois prison in Joliet, was written to attest to the behavior of Lawrence Knaeble since his incarceration. Knaeble was sentenced to a seven year term according to the Scott’s letter. The charge, according to what Casey writes in this letter, was murder.

There is also a notation, clearly written in a different hand, in the lower-left hand corner of the letter. That notation is “Issue Instanter,” and most likely is an indication to issue a pardon immediately. It is the only direct statement ordering the pardon that is contained in the pardon file for Knaeble. The rest of the material in his file is supportive documentation and correspondence.

My transcription of the letter should clearly indicate that “Issue Instanter” is in a different handwriting than that used by Casey to write the letter. To not do so would seem to indicate that Casey was ordering the issuance of the pardon.

I also would not take Casey’s reference to Knaeble as being convicted on murder charges as authoritative. Knaeble’s trail was in Hancock County, Illinois, a significant distance from Joliet. Casey’s knowledge of the charge likely came from what he was told or had read. Because of that, Casey’s knowledge of the charge being a murder one is secondary. It does not mean that Casey was wrong, but that search of local court records is warranted. There likely is more information in the case packet besides the specific nature of the charges against Knaeble.

My transcription of a document should always reference different handwriting styles.