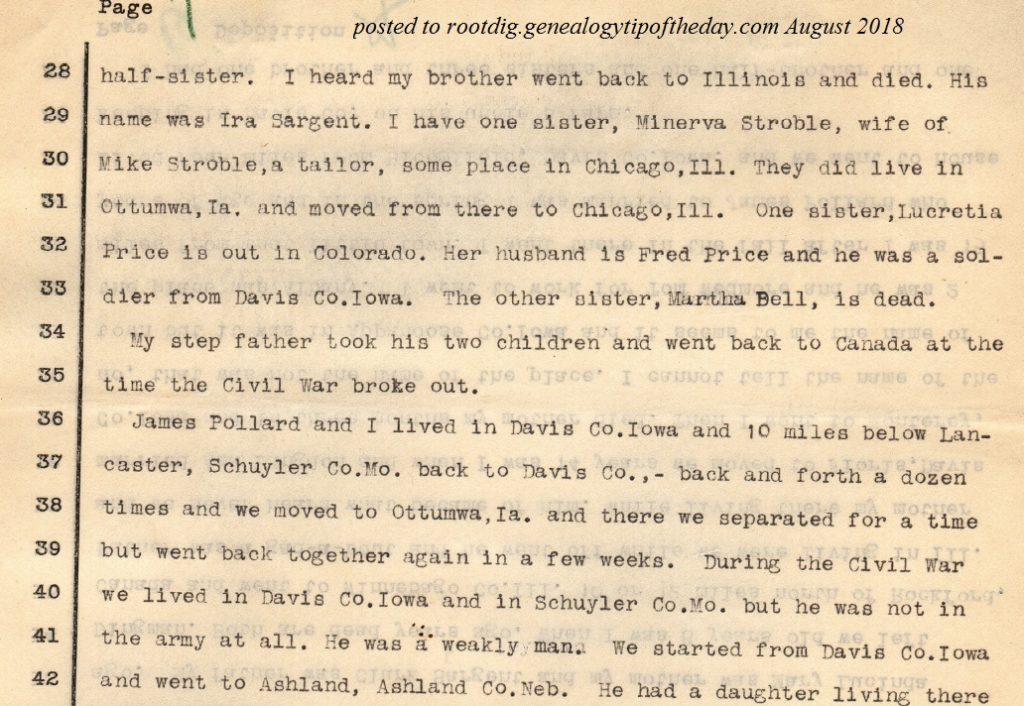 Emmar continued her 1918 testimony by indicating that she had three sisters, one brother, one half-sister, and one-half brother.

Her brother, Ira Sargent, returned to Illinois and died. Her sister Minerva married a tailor named Mike Strobel and lived in Chicago, Illinois. Her sister Lucretia married a Davis County man named Fred Price. Price was also a soldier and, as of Emmar’s statement, they were living in Colorado. Her last remaining full sister was the late Martha Bell.

Emmar does not mention her two half-siblings by name–only indicating that Asa Landon took them with him to Canada when the Civil War broke out.

Emmar and James Pollard lived in Davis County, Iowa, and Schuyler County, Missouri–moving between those two locations several times. They separated for a short time and eventually ended up in Ashland, Ashland County, Nebraska, where Pollard had a daughter living.

Quite a bit happened to Emmar in Nebraska as we will see when her testimony continues.