Emmar seemed to be a little prone to exaggeration. David Snavely actually fell down the cellar stairs while getting an apple and broke his neck.

Emmar was told of Snavely’s death, but she “could not go as I had nothing to go on.” This seems to suggest that Snavely was buried in Nebraska.

And at the time she was not living with her son Job–he was living in Ottumwa. 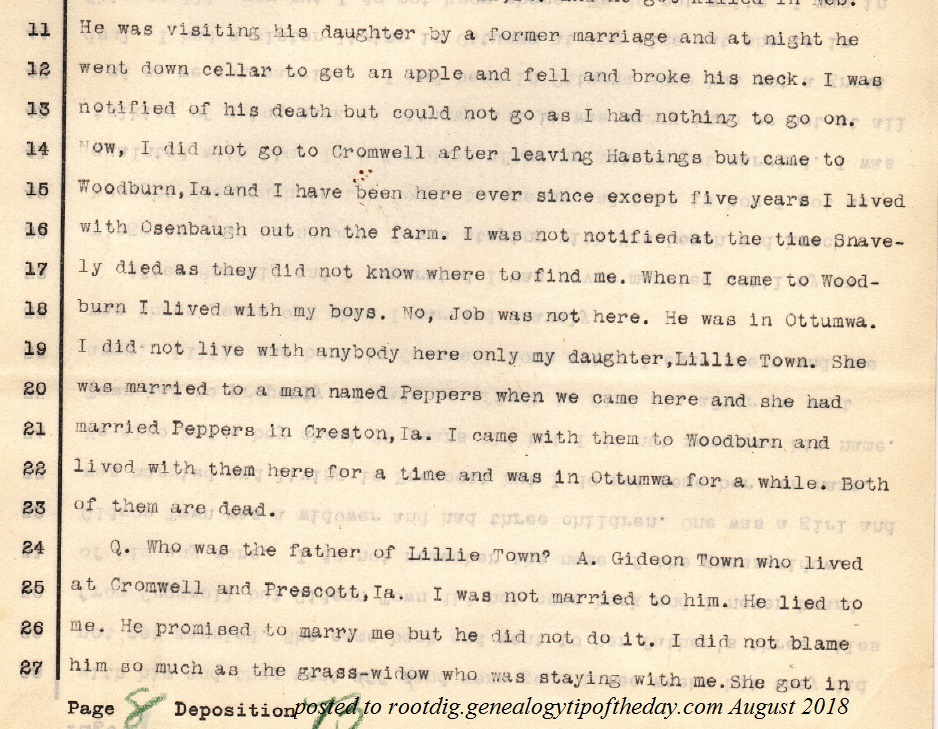 She was living with her daughter Lillie (Town) Peppers. She lived with Peppers and her husband in Woodburn for a time and then in Ottumwa. Both the Peppers are dead.

That was a man named Gideon Town. Town lived in Cromwell and Prescott, Iowa. Emmar was not married to him. He had promised to marry her–but he didn’t do it. Town was not to blame.

It was the grass widow who was the culprit.

And on it goes. Stay tuned.