Emma’s testimony continued with details about her first husband, James Pollard. Emmar indicated that she and James Pollard separated shortly after they arrived in Nebraska to see his daughter. She stayed in Asland, Nebraska, for a short time and then moved to the big city of Lincoln.

That’s where she met her “best husband,” Robert Ross. A stone mason working on the penitentiary under construction in Lincoln, Ross apparently got into a bar fight. Ross was arrested, but escaped and Emmar never heard from him again.

At some point during her relationship with Ross, Emmar became pregnant. The child only lived for six months. Emmar does not indicate in her testimony whether the child was a girl or a boy. 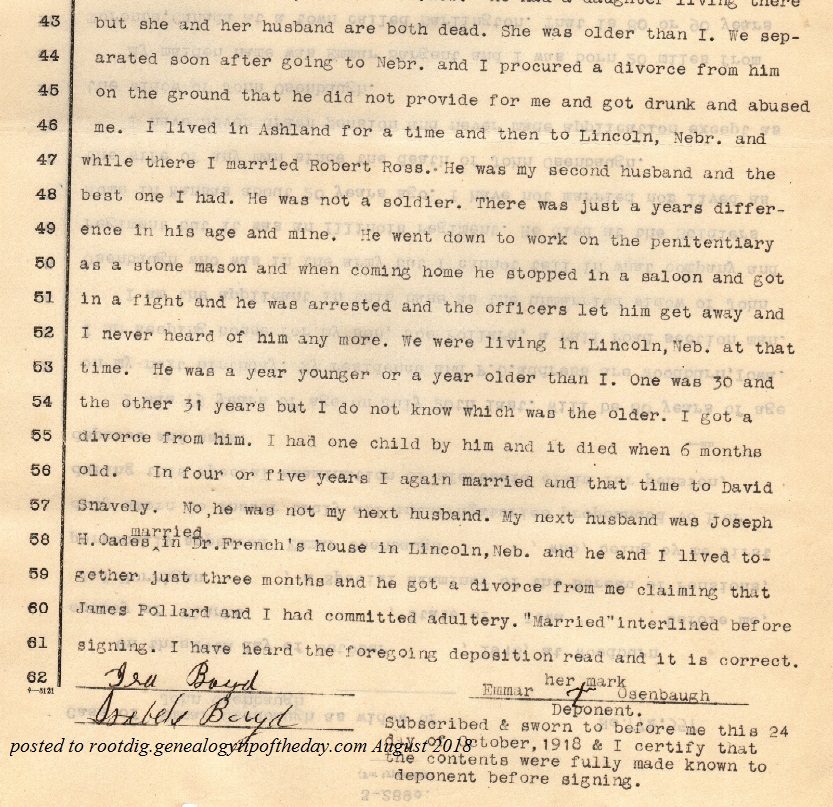 A few years later, Emmar married Joseph Oades in Dr. French’s house in Lincoln. Three months into the marriage Oades, accused Emmar of having an affair with James Pollard.

Apparently Emmar was not the only one who moved to Lincoln from Asland, Nebraska.