Gideon took off with the unnamed grass-widow and they were gone three weeks. The grass widow returned to her father’s home near Cromwell. Gideon never came back. He had children but no property and Emmar made no effort to find him. 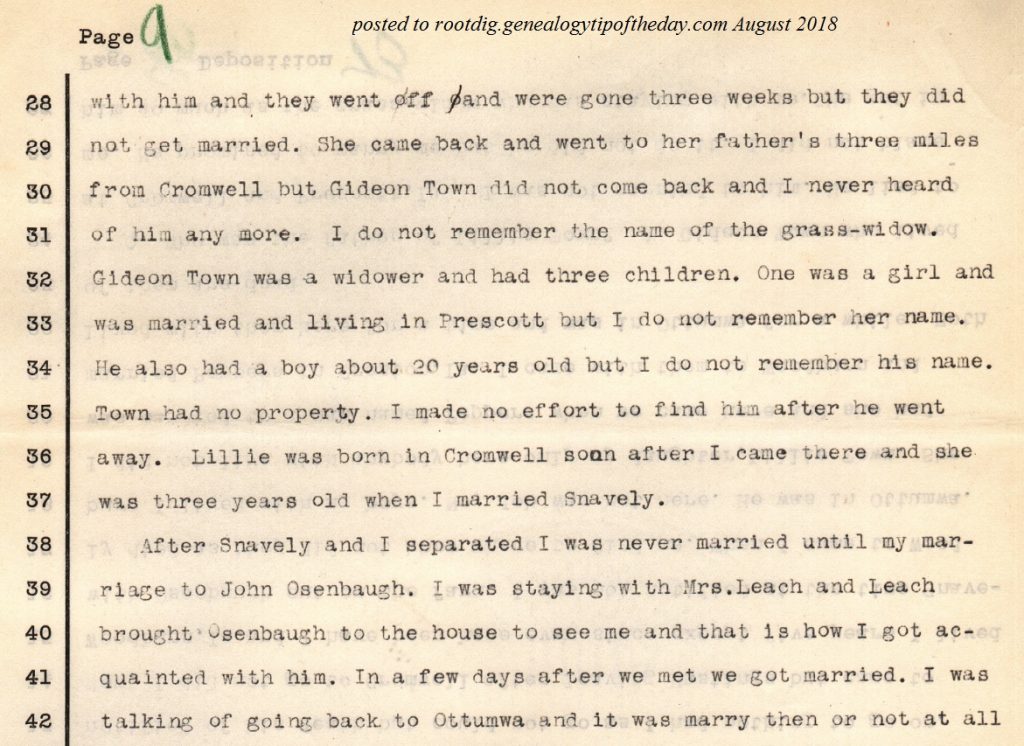 Emmar indicated at this point that she and Snavely separated, apparently while they were living in Nebraska. Emmar returned to Iowa (apparently Cromwell) and stayed with a couple named Leach. While staying with the Leaches Emmar met John Osenbaugh.

A few days later they got married.

After all, Emmar was thinking of going back to Ottumwa and it was marry then or not at all.

And so it goes…