Apparently Emmar was going to live with her sister in Ottumwa at the time of her marriage to Osenbaugh. This sister (apparently Minerva) lived in Chicago at the time of Emmar’s statement, but she and Emmar do not write. 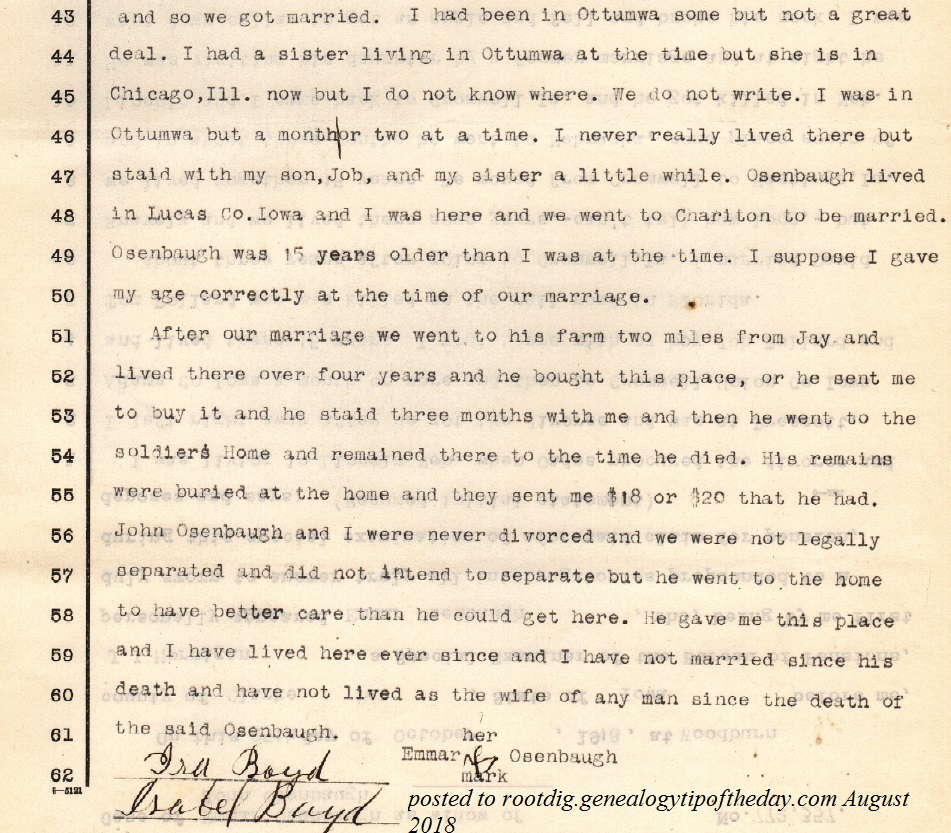 Osenbaugh died at the soldier’s home, where he could get better care than Emmar could give him at home. He “gave me this place” (apparently her home in Woodburn) and she had lived there since his death.

There’s more about Emmar’s life in her pension application. Her statement leaves out dates and one other little detail that we’ll learn about in a future post.