Sometimes it’s easy to remember how many of our ancestors were impacted by the burning of their home. It’s why Augusta Newman did not have his discharge papers from the War of 1812 and it is not common in pension applications to see similar reasons why veterans or their widows are lacking paper documentation for their statements.

Of course “claiming fire” is an easy claim to make, even if it did not happen. Veterans who really served (as Augusta did) and could not find their discharge papers or other documentation had to make out statements to that effect, find witnesses still living who could remember, or hope that there were records of their service around somewhere. Augusta had no difficulty proving his military service and there’s no reason to doubt the fire actually happened–although it would have been nice if he had given a date and a place.

But in the case of his pension papers, the concern is not when or where the fire took place. What mattered was that he had no discharge papers. Fortunately there were documents to back up the claim Augusta made that he enlisted in a Kentucky unit in Paris, Bourbon County, Kentucky in September of 1814 and was discharged at Ft. Mauldin in March of 1815. 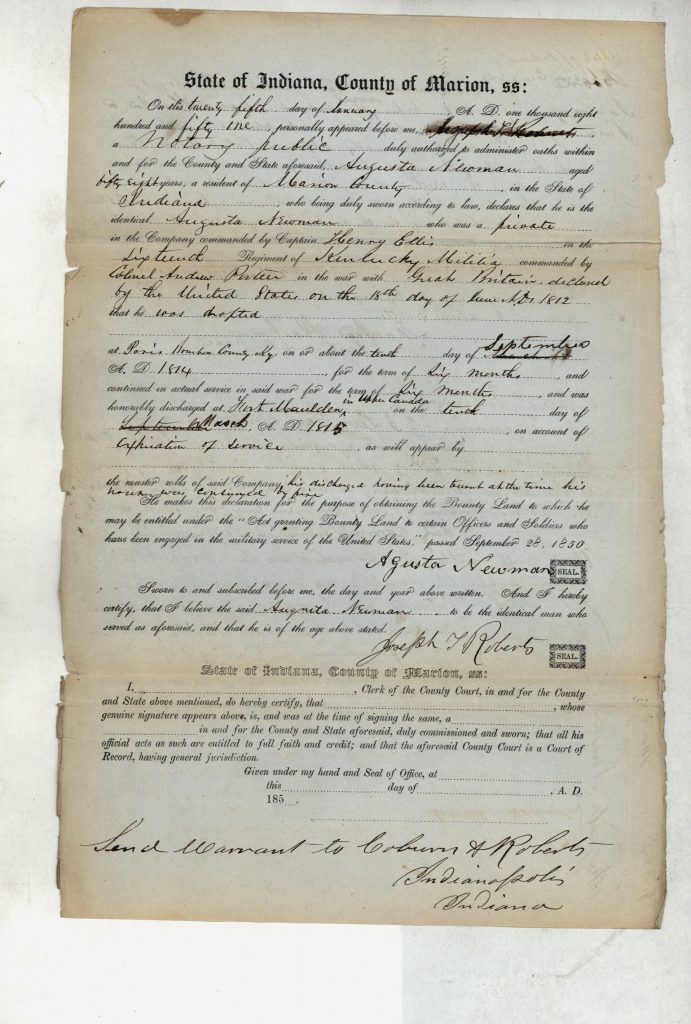 This is one reason why pension applications are so helpful to the genealogist–veterans and their widows would have to prove with other means what they could not prove with one official document. Sometimes that process was lengthy and generated more information than one would expect.

When one remembers how fire was used to heat in the 18th and 19th centuries, it is a wonder that there are any personal family effects left for any of us to use.