I’m not really certain how odd it is, but it did strike me as unusual. Seven out of the twenty-seven names of heads of household on a page in the 1830 census for Fleming County, Kentucky, are female.

I did not look to see who the oldest individual in each household was. My classification of these households as being headed by a female was based solely on the gender typically assigned to the name. 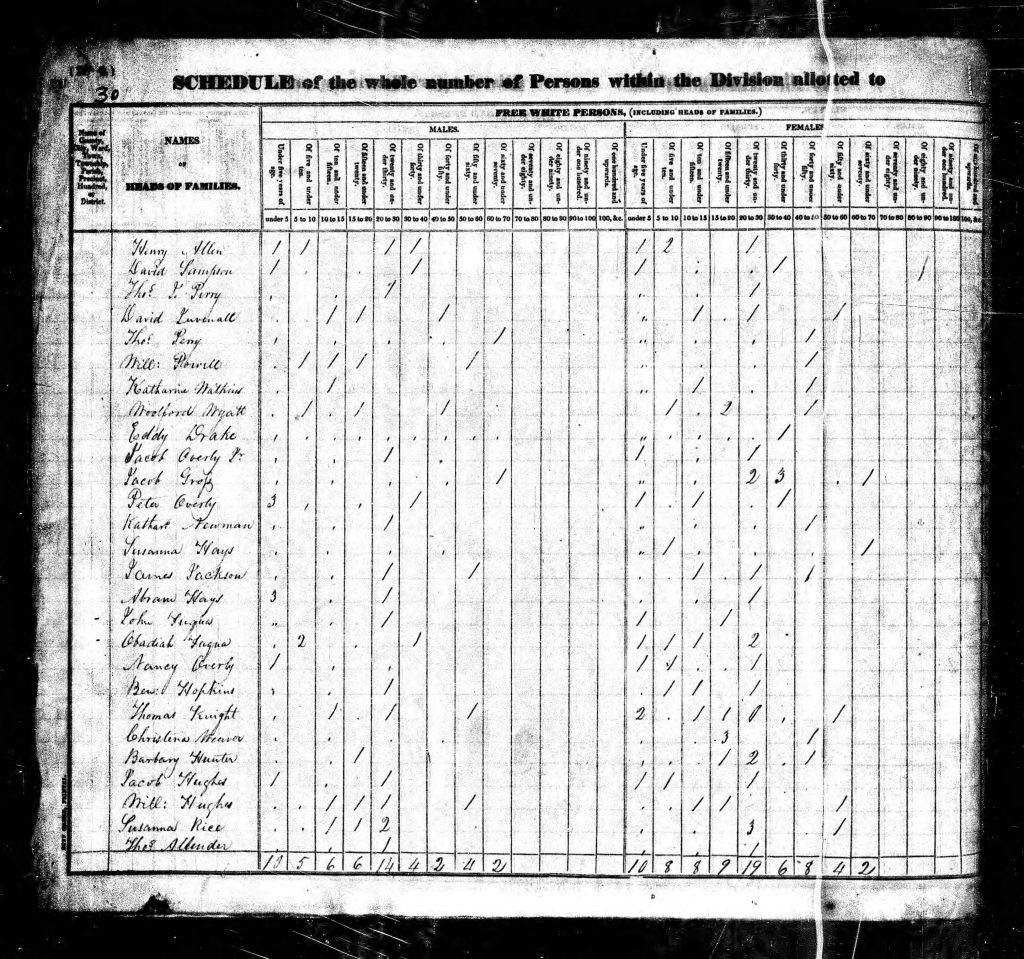 To determine how “odd” this page really is, I would have to perform a statistical analysis  on a random sampling of 1830 census pages and count the number of apparently female names on each page. While female heads of household are not typical in the 1830 enumeration (where only the head of household is listed), they are not unheard of. I cannot say whether this page is unusual without really doing some sort of study.

At this point, noticing that there are seven apparent female heads of household is anecdotal. It is one page that I’ve noticed. I should not draw too many conclusions from it. I won’t really know if it’s “odd” or not until I have done a larger study.

Past experience (and the rural nature of the area) suggests that these women are widows living with their children and running the farm after their husband’s death. But I cannot say that about these specific women without doing any more research.

Was there some sort of illness that caused quite a few people to die in this county shortly before the 1830 census enumeration? If these are widows, is it possible that their oldest children are old enough to help with the farm labor (and management when necessary) and that the farm provides enough income that they didn’t need to remarry after their husband’s death?

At this point, I have noticed something and that something is anecdotal. It could be a springboard for future study. I can say that there are seven female heads of household on one census page.

Beyond that it is conjecture. I need to do some studying so that I have some background and some context.