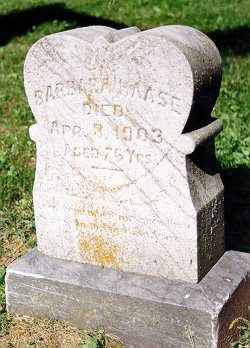 Barbara (Siefert) was born in Germany in 1825 and died in Warsaw, Hancock County, Illinois, in 1903. She was married in Cincinnati, Ohio, in 1849 to Peter Bieger. Some things I have learned about research from Barbara:

My ancestor table can be viewed on my site. Barbara is my 3rd great-grandmother.