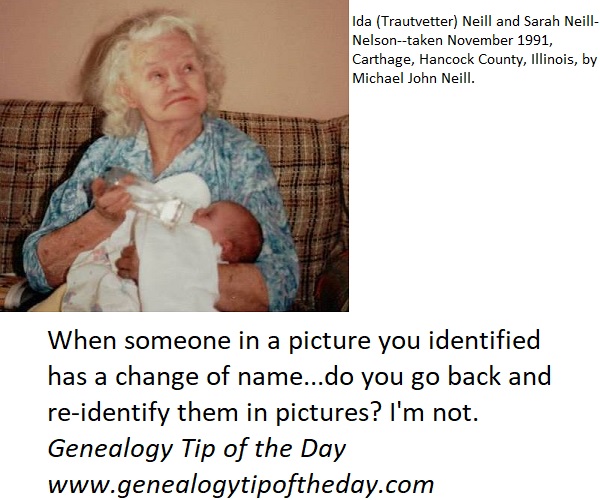 I came across this image the other day and it got me to thinking:

should one go back and re-label pictures when someone has changed their name?

I’m inclined to think not.

The modified image (which is the one used to illustrate this post) was posted to Genealogy Tip of the Day on Facebook where it generated some discussion. I’m still leaning towards not going back and changing the name I’ve used to identify my daughter on already annotated images for the following reasons:

There are context clues in the original image’s annotation. I should have added “great-granddaughter,” but I’m not certain that now I’m going to back and add that to the images where I have not already done it. As I continue to identify images, I’ll put brief relationship information (when known) in the annotation. But I don’t think it’s necessary to modify and identify my daughter by her married name. As I identify other images I may do that. It also may be a good idea to include the date the digital image and identification was made along with the date of the picture (if known), making it clear which date is which. 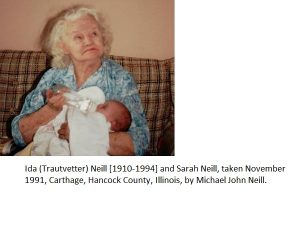